There are a number of Partition Magic alternatives out there, and it’s hard to pick out one from the lot. We’ve thus prepared a list containing some of them, and have accompanied each pick with a simple description of its highlights in order to make it easier for you to choose the one you’ll be using. Developed by the PowerQuest corporation and owned by Symantec, the titular software has been an immensely popular tool for hard disk drive management since quite long. And although its development has been discontinued by its makers since 2004, old versions of the software still persist on the Internet, and are being used by people till date.

But there are a number of new utilities that offer the same, if not better features, and are constantly under development. Why miss out on those? After all, most of them are free, and the ones that are not, don’t cost much, while they still offer superb features. So if you’re in dire need of a tool which could help you in resizing your hard drive space without having to worry about data loss, you’ve come to the right place. Here’s the compilation of similar software which we’d like you to have a look at. 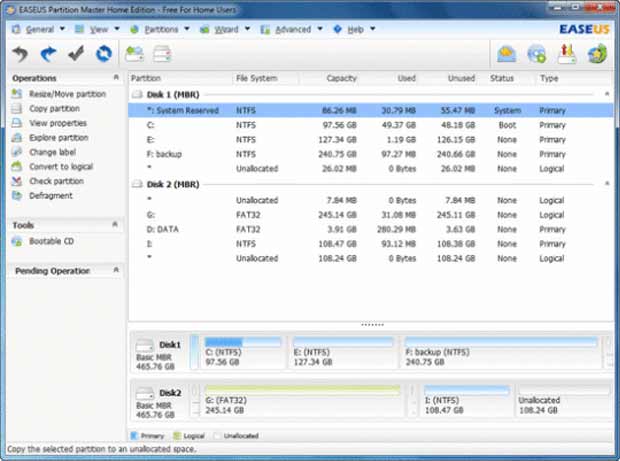 EaseUS is free for home users, making it an excellent option for individuals who wish to utilize it for basic functions. This disk dividing utility grants its users the benefits of a number of functions that include resizing divisions as well as copying them, creating new ones and deleting them. It even possesses its own Recovery Wizard and Disk and Copy Wizard. Additionally, you are able to easily convert divisions or hide them. It supports all versions of Windows from Windows 2000, and has been downloaded by over 10,000,000 people worldwide. Apart from its free edition, it exists in special packs offering advanced features. These include its Professional, Server, Unlimited, Technician and iPhone Recovery editions. 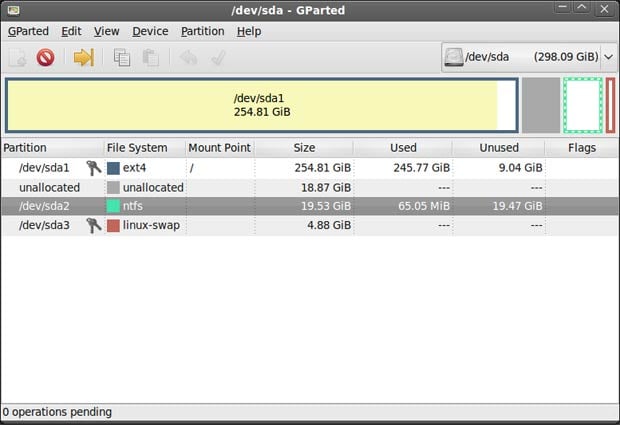 A completely free utility, Gparted holds the ability to be written on a Live CD, a Live USB and other media. Despite being a Linux-focused software, it can still be run on Windows or Mac. Apart from providing the basic functions that one would want all programs like Partition Magic to perform, it also detects and manipulates devices as well as division tables. Cloning of entire disks is made possible by Gparted as well, apart from letting you create space for new operating systems and attempting to rescue data from lost divisions. 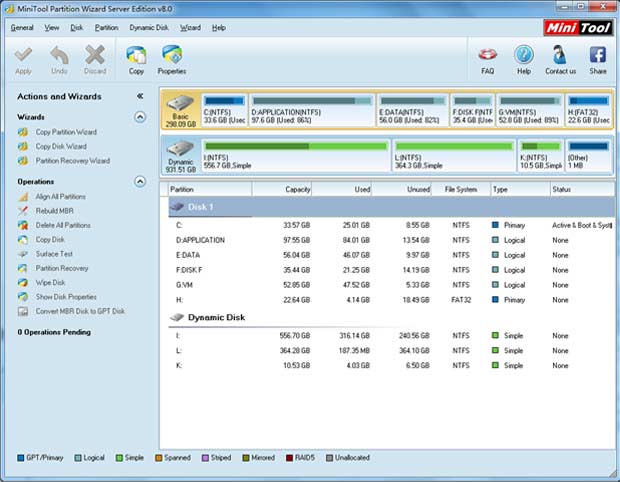 Just like EaseUS, MiniTool’s product too is free for home users, but features a number of premium versions for professional use. This Windows-based PC and Server management program is compatible with both MBR and GUID tables on 32 as well as 64 bit operating systems. Its usual features aside, this utility proves to be quite useful for GPT Disk and MBR Disk interconversion. And it is even able to swiftly convert NTFS partitions to FAT ones. 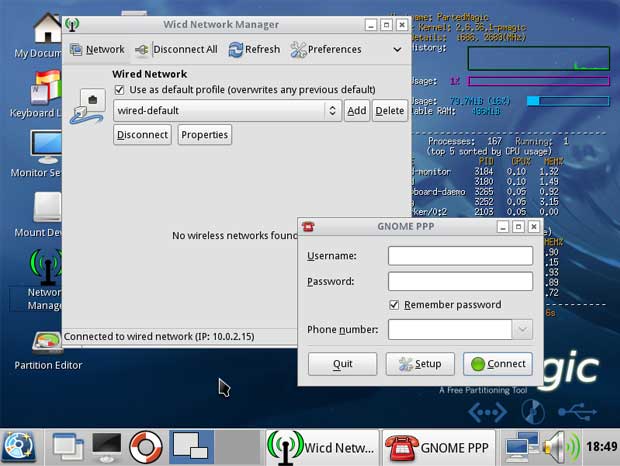 Our next pick for this list of software similar to Partition Magic is not just single software; it’s a full-blown Linux distribution. And the fact that it’s directly bootable from a CD or a USB flash drive ensures that you need not worry about its installation. This distribution has been created with a focus on disk management and data recovery, and hence, features most of the open-source tools that can aid these functions. It is capable of reading and writing to a variety of file systems that include ext3, ext4, FAT, exFAT and NTFS. Its developers have now started asking for $4.99 per download, but it’s still free for redistribution under the terms of its GPL license. 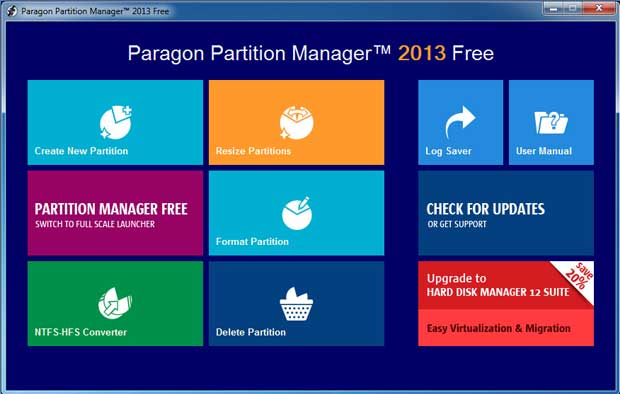 Equipped with an attractive user interface, the next tool from this compilation is aimed at Windows, and kicks in only basic functions of creating and formatting drives as well as moving, resizing and deleting them in its free version. All other advanced attributes need to be paid for. Buying the complete version will render the ability to split, merge, undelete and redistribute free space, while backing up and restoring drives and disks will also be made possible. Moreover, this premium version even supports various add-ons, further expanding its offerings. 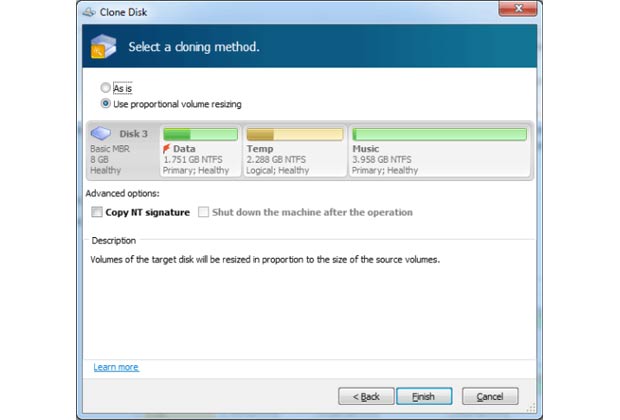 Aimed by its makers towards maximizing disk use and data safety, Acronis Disk Director is yet another superb tool available out there that should be given a go by those looking for a program like Partition Magic. Apart from a drive manager offering the usual functions, it also possesses its own Recovery Expert and an OS Selector. Acronis Disk Director can be run through CDs, DVDs and USB sticks as well. It’s not a free software, but it does have a trial version which you can download and evaluate before deciding whether or not to buy it. 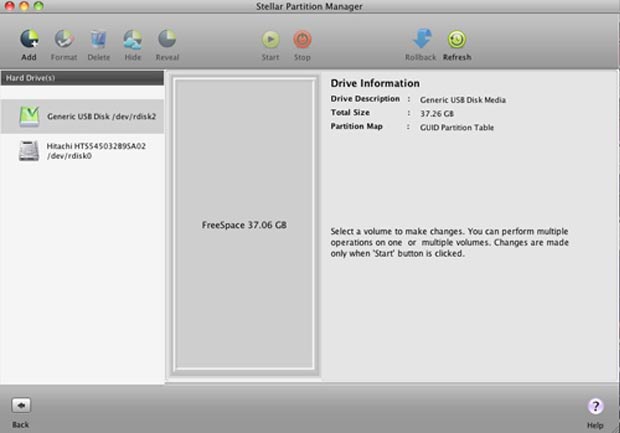 Here’s a tool aimed squarely at Mac users. Available as a free download, it lets you add a new partition on any Mac hard drive, while also allowing you to delete old ones and re-size your drives. Its Shift & Resize options make it possible for you to move the drives and add multiple free spaces together in order to create a new partition. And its Delete or Format option feature helps you remove any unused partitions on your hard drives so as to make room for a new partition.

We think these many Partition Magic alternatives are enough for you to sift through and decide which one you like the most. Do get back to us with your feedback once you’re done using them.