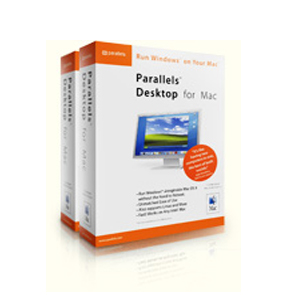 Parallels has announced the release of Parallels Desktop 3.0 for Mac computers, which is a new version of the company’s award-winning software that enables Mac users to run Windows, Linux and any other operating system simultaneously as Mac OS X on a single Mac desktop, without the need for rebooting.

In the first week of June 2006 Parallels had unveiled the Release Candidate for Parallels Desktop for Mac 3.0. The final version now introduces over 50 new features and improvements that make running Windows and Mac software at the same time on a single Intel-based Mac easier than ever.

For instance, if a user sets Word for Windows to be the default application to work with .doc, .rtf and .txt files, then they could simply click a file with that extension in either OS and instantly open the file in Word for Windows.

Other major improvements, enhancements and features of Parallels Desktop for Mac 3.0 include: