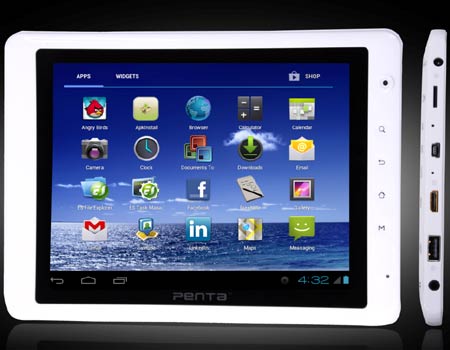 For those who’ve been wondering about their options when it comes to the latest tablets in India, the Pantel Penta T-Pad WS802C is here. In terms of pricing, it sits on the higher end of the ladder as compared to the T-Pad IS701C which was revealed just last week.

The Android slate has an 8-inch, 5-point multi-touch screen with a 16:9 aspect ratio, taking up most of its face. It works on a 1GHz Cortex A8 processor and 512MB DDRIII RAM. Quite happy to be associated with the word ‘affordable,’ the device delivers up to 4GB internal storage, with a memory capacity that is expandable to a maximum of 32GB.

“We at Pantel are the pioneers in introducing an 8 inch tablet with 3G SIM slot which have been endorsed by technology geeks as well as students among others. Our Tablet PC(s) allow users to enjoy the power of internet while at the same time use it as a personal entertainment device,” added Singh. 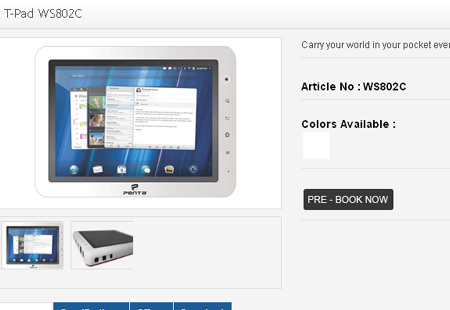 The company has fitted a slot that can accommodate a 3G SIM card into the ICS tablet’s body. Apart from that, users can also look forward to Bluetooth 2.1 + EDR, HDMI connectivity and Wi-Fi. Also onboard are two cameras – a 2MP main snapper and a 0.3MP one on the front.

The Pantel Penta T-Pad WS802C price in India is Rs. 14,699. It is up for pre-booking on the company’s website and will be offered with BSNL 3G deals. The aforesaid pricing happens to cover a pre-bundled 2GB 3G data plan that’s valid for 2 months.