Like LG, Pantech is another competitor for Samsung in South Korea and both companies are coming down hard on the maker of the popular Galaxy series. Pantech recently announced a Note of its own, the Vega Secret Note, which will boast of high security features and top-tier hardware.

The device was under speculation for a few days now and the company made it official in Korea today. As weird as the name Vega Secret Note may sound, it actually says a lot about the phone. Android Community points out that the handset carries a fingerprint sensor which is located on the rear, that’s not only used for unlocking the device like in the iPhone 5S, but also for revealing other data stored on the phone. 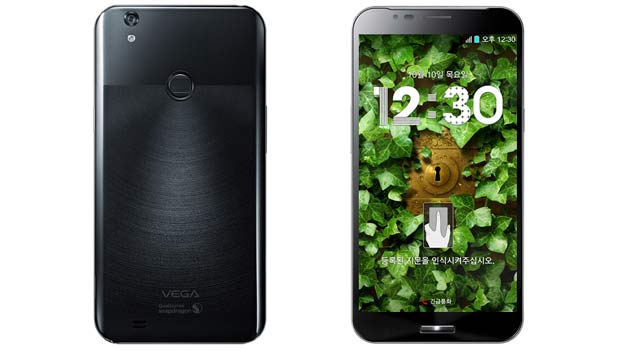 The secured content includes contacts, messages, images, videos and music amongst others. Apart for this, the Vega Secret Note also lets you watch TV on it owing to the DMB technology in Korea. Now, the handset just wouldn’t be a Note 3 competitor without a stylus. Pantech has fitted the phablet with the V Pen (did you see what they did there?). However, there’s no information on what added capabilities the digitizer brings in.

Specifications-wise there isn’t much of a difference between the Vega Secret Note and Samsung’s latest phablet. The former has a 5.85-inch FHD LCD panel and a 1080p camera on the front, while the rear sports a 13MP snapper. The phone proffers LTE-A support which is made possible by a quad core 2.3GHz Snapdragon 800 processor. To top it off, there’s 3GB of LPDDR3 RAM, 32GB of onboard storage, up to 2TB of external memory presumable via USB OTG, Android 4.2 and a 3200mAh battery. 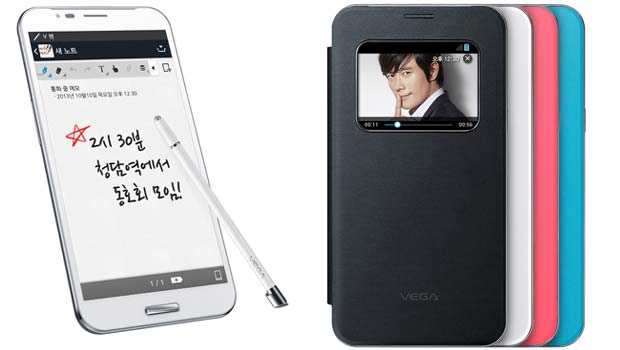 According to the report, the Vega Secret Note should retail for 900,000 won, that’s around $840 US after conversion.