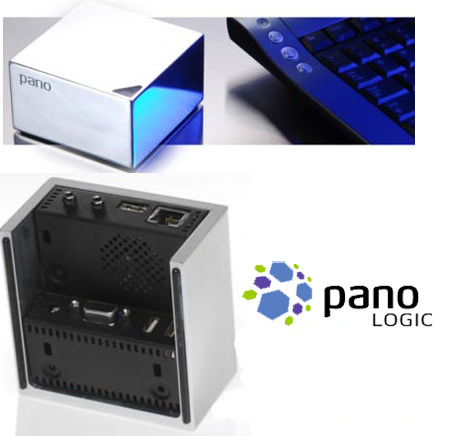 Silicon Valley-based Pano Logic has announced the industry’s first ever ‘all hardware and no software’ desktop device specifically designed for server-based desktop virtualization. Called the Pano device, it has no CPU, memory, operating system or drivers loaded onto it.

Basically, the Pano device connects the keyboard, mouse, display, audio and USB peripherals over an existing IP network to say Microsoft Windows Vista or Windows XP that is running on a virtualized server.

Thus, the Pano device moves all software off the desktop to the server, making it the first true virtualized desktop. The Pano device reduces desktop TCO by 70% and eliminates desktop as a security risk.

Configurable buttons on the Pano device include:

The Pano Logic virtual desktop will be available in September 2007 for $20 per month on a subscription basis.