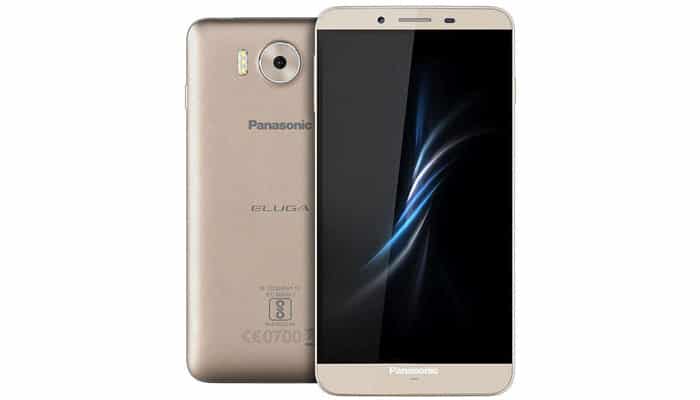 Panasonic has launched a brand new handset for the affordable market segment in the form of the Eluga Note. The phone packs some unique specs for its Rs 13290 price tag, helping it to distinguish itself within the mid-range market sector.

One of the top highlights of the Panasonic Eluga Note is its 16MP rear camera equipped with a wide aperture measuring f/1.9, autofocus skills, and triple-LED flash. It also comes with a 5MP front-facing snapper for selfies and video calls. The device further supports VoLTE (voice over LTE) technology and runs Google’s latest Android 6.0 Marshmallow OS out-of-the-box.

It should be noted that the Panasonic phone only supports 4G connectivity on one SIM card. The company has blessed the handset with an in-built IR Blaster, which means users can utilize it as a remote control for common household appliances like their TV or AC.

As for its design, the Eluga Note houses a 5.5-inch 1080p LTPS (low temperature polycrystalline silicon) front panel and features a textured back cover. It gets its fuel from a 3000mAh battery and runs on an octa-core 1.3GHz processor of unknown origin.

Here’s a quick summary of the top specifications of the Panasonic Eluga Note:

The Panasonic Eluga Note is available in a gold color. It’s set to hit offline stores across India soon and can be snapped up at Rs 13290.