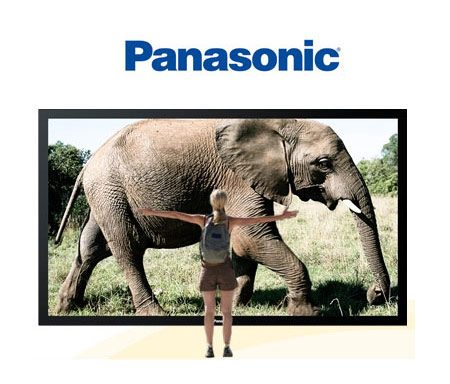 Believe it or not, the , , largest plasma screen has finally been displayed.

And the features and specs of the plasma are equally spectacular. Panasonic’s latest display has the equivalent resolution of 4 1080p HDTV’s. The total resolution of the Life Screen is 4,096 by 2,160 pixels.

Speaking about the new product, Toshihiro Sakamoto, president of Panasonic AVC Networks Co said that the 150-inch panel has been developed for digital cinema and promotional installations (obviously).

However its pricing has not yet been revealed. All that’s known is that it will available in 2009.

Going to extreme sizing seems to be the latest tech mantra. From super miniscule chips and gadgets to uber large displays and products, it’s all about the size these days. Well coming to think of it, if you were watching your favorite star on the 150-inch Panasonic display, the size of the screen won’t let you even virtually hug him or her!