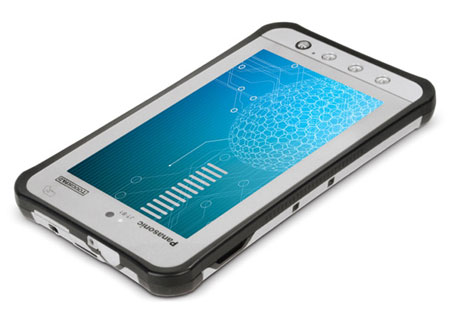 The price for the Panasonic Toughpad JT-B1 has been made official and the 7-inch Android slab gets a rough release date of February 2013. Meanwhile the FZ-A1, also running Android, has started shipping and sells for $1,299. We recently saw the company unveil a rugged 10-inch model which runs on Windows 8 Pro.

The Toughpad JT-B1 is powered by Android Ice Cream Sandwich (version 4.0) and has a 7-inch WSVGA 4-point multi-touch display. What this means is that images and video are outputted at a resolution of 1024 x 600 pixels. It comes with a microUSB port and a slot for a microSDHC card, while there is accommodation for attachments including a barcode and a magstripe reader which are planned for a Spring 2013 release. 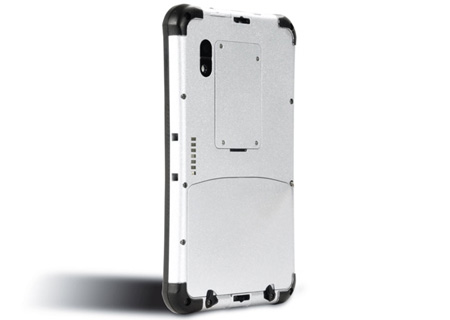 A dual core TI OMAP4460 processor makes its way into the tablet and it gallops along at a speed of 1.5GHz. There is 1GB of RAM adding to user-convenience and 16GB of internal memory, which can be expanded further using a microSDHC card slot. Connectivity options include Bluetooth 4.0, Wi-Fi as well as dedicated GPS. But buyers will also have a choice of connecting to 4G LTE networks as option.

Toughness comes thanks to MIL-STD-810G and IP65 certification, meaning the slab can withstand drops from a height of about 5 feet and an operating temperature range from 14-degrees to 122-degrees Fahrenheit. Adding to the device’s durability in terms of display is a Corning Gorilla Glass 2 coating on the screen. 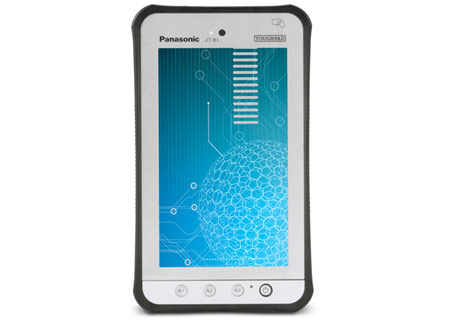 Power is drawn from the large 5720mAh removable battery, although the company hasn’t shared any details on standby capability and other usage times. The slab weighs just about 1.2 pounds and is built around dimensions of 8.7 x 5.1 x 0.7 inches. Lastly, a 13MP camera with auto focus and LED flash makes itself comfortable on the rear panel, while a 1.3MP fixed-focus webcam faces users on the front.

The Panasonic Toughpad JT-B1 is scheduled to go on sale starting at $1,199 and should commence shipping in February this year as already mentioned earlier. The 10-inch Windows 8 Pro FZ-G1 which we reported about recently, will sell for $2,899 when it hits retail in March 2013. 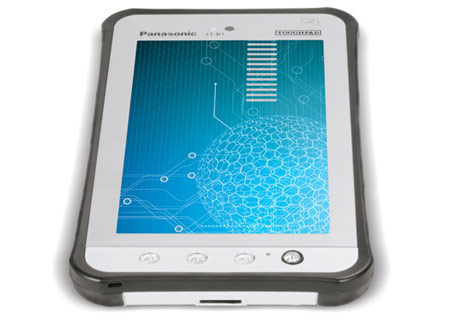