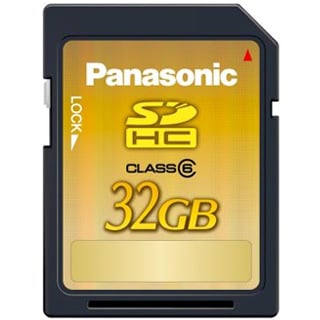 Panasonic has revealed that the world’s very first 32GB SDHC memory card with Class 6 speed specification will hit shelves in April 2008 across the world. The latest SDHC Memory Card called RP-SDV32GU1K is ideal for users who are looking for High Definition content, since it has the ability to record up to 12 hours of High Definition video.

In addition, the card also bundles a new user-friendly labeling feature, through which users can write titles or comments directly onto labels on the front and back of the card. This exciting new feature will soon be incorporated into the other Panasonic SD Memory Card models too, with a running switch from the current card designs