The Panasonic P31 mid-range smartphone’s teasers have been put up on the social media accounts of the company and they clearly reveal that the said device will be launched sometime in March. These images hardly reveal anything about the specifications of the said device though.

However, the guys over at AndroidOS.in had come across a video of the Panasonic smartphone and it apparently revealed some of its essential details. According to the promo video, it flaunts a 5-inch touchscreen of FWVGA resolution of 854 x 480p resolution. The display is coated with an oleophobic film and is accompanied by a webcam which should facilitate web conferencing and selfie capturing. 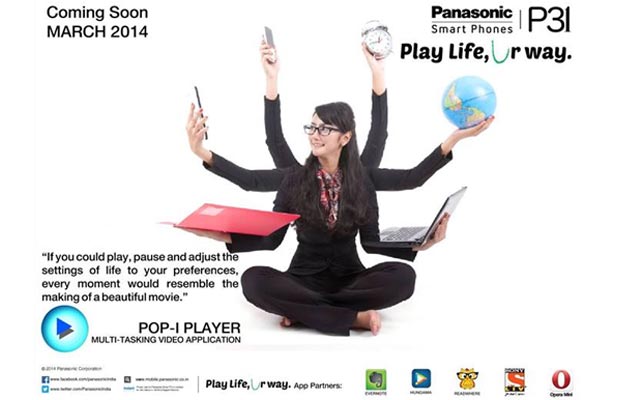 And what’s more, the P31’s rear side sports an 8MP snapper, making the phone capable of capturing good quality images and videos. As far as the multitasking properties of the phone are concerned, it should support more than a couple of apps at the same time, thanks to the built-in 1.3GHz quad core processor. Unfortunately, the user has taken off the video, says AndroidOS.in.

According to one of the images posted on the company’s Facebook page, the handset is deployed with something called as Gesture Play that lets you draw to unlock. Also, a multitasking video application called Pop-I player has been tossed into the mix along with applications like Evernote, India Today, ReadWhere, Hungama and more. 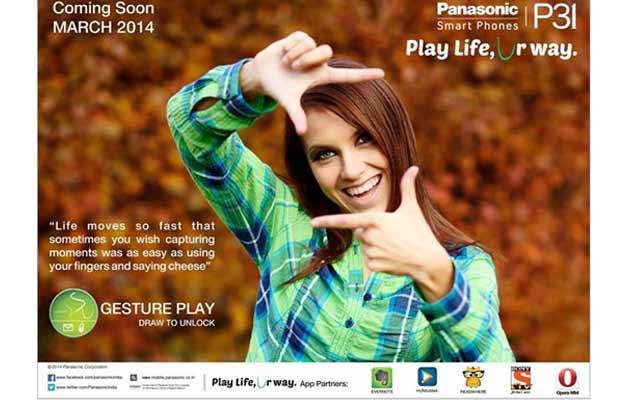 The Panasonic P31 seems like an affordable device and should not dig a deep hole in your pockets, in case you are planning to buy it.