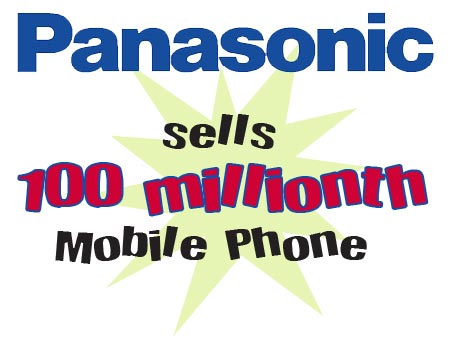 Panasonic has announced the record sale of 100 million units of its mobile communication terminals in Japan. It has supplied the devices to various Japanese carriers including NTT DoCoMo, Inc., KDDI Corporation and Softbank Mobile.

The voyage of manufacturing mobile communication terminals was carried ahead with its first mobile phone TZ-802B in 1987. The mova P released in 1991, mova P201 Hyper in 1996 are some of the successful units launched by Panasonic.