Ever since the new second generation Moto G was introduced by Motorola, lots of manufactures have been trying to imitate its attributes and challenge its dominance by applying low prices to their offerings, and the Panasonic P55 has just been revealed to be one of them. Priced at just Rs 10290, this smartphone offers a 5.5-inch display which is 0.5 inches larger than that of the new Moto G.

This panel however, grabs the same resolution as that of the said Motorola handset, which is 720p HD. While Android 4.4 KitKat has been disclosed to be its OS of choice, Panasonic has blessed the P55 with a number of its own software features that include Tap Play, Gesture Play and more. 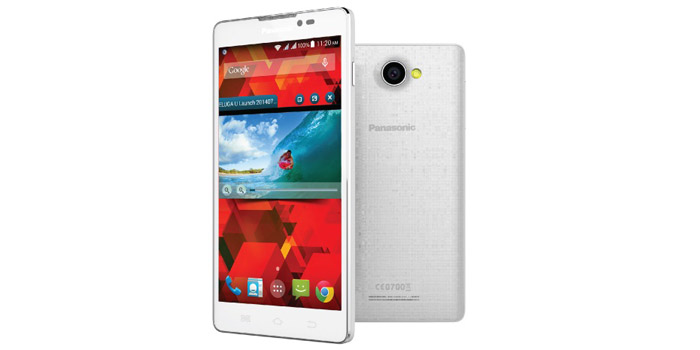 This phone carries onboard an 8MP rear snapper which is accompanied by an LED flash. On its front lies a 2MP snapper which should help you with your selfies and video calling needs. The 1.2GHz quad core processor of the Panasonic P55 has been paired by its makers with 1GB worth of RAM.

There’s just 4GB worth of storage onboard which is a bit disappointing. You can however, expand it further up to 32GB by means of its microSD card slot. A 2500mAh battery of the removable kind completes its main offerings.

A short look at the specs of the Panasonic P55:

The Panasonic P55 is soon to be made available in India at the above mentioned price of Rs 10290.

Facebook
Twitter
Pinterest
Linkedin
ReddIt
Tumblr
Flip
Previous articleLava Iris 500 is quite attractive, but a quite pricy for a basic Android handset
Next articleVivo X5 Max smartphone is unbelievably thin at 4.75mm and quite large