We’ve known that the Panasonic P11 and T11 were going to hit India sooner or later. Well, online retailer Snapdeal is now offering both phones at prices that are very easy on the eyes. As speculated previously, the latter is pegged below Rs 10,000 at Rs 9,520 and the former can be picked up for Rs 16,364. But before you scroll down to check out the key specs, here’s a video of the P11 vs Predator.

Most of the specifications run common in both smartphones. So we’ve listed down the shared features first:

For those wondering about the different prices tacked to each handset, there are a couple of things which set the devices apart. The T11 has a 4-inch 480 x 800p touchscreen. Above this is a VGA camera, while the rear panel holds on to a 5MP sensor. 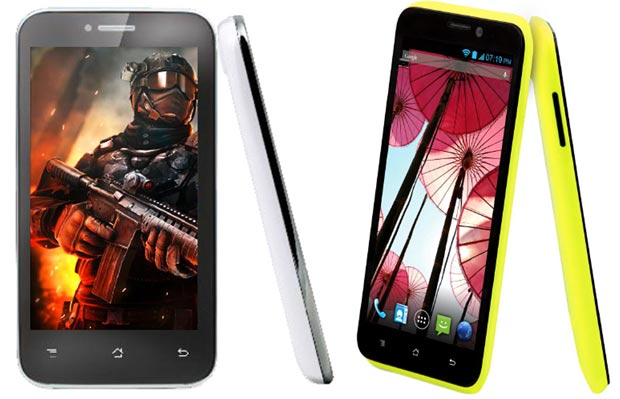 The P11 is more of a phablet by virtue of its 5-inch 720 x 1280p HD IPS display. The lens crowning the screen is a 2MP (or 1.3MP) one and there’s an 8MP main camera on the back. Both the Panasonic smartphones’ sensors are complemented by flash units.

Other major retailers like Flipkart, Saholic and eBay.in are yet to start stocking the P11 and T11. But if your budget can stretch up to Rs 20,000, there are more options including the P51 (if you must have Panasonic) to consider.

Facebook
Twitter
Pinterest
Linkedin
ReddIt
Tumblr
Flip
Previous article
QSAlpha’s Quasar IV superphone is no Ubuntu Edge, but it’s got a point to prove
Next article
Republic Wireless will offer the Moto X at $299 without contract