Panasonic has unveiled the Lumix GX7 for the US, and the new but previously leaked Micro Four Thirds camera is all set to be made available this November at a price of $1,000 (body only). This fresh entry to the Panasonic Lumix series will also be sold with a 14-42mm lens, slapped with a price tag of $1,100. Unveiled in the form of silver and black colored models, it features a 16MP sensor, a built-in electronic viewfinder, Wi-Fi and NFC capabilities and a host of the other advanced traits that seem to have been targeted at professionals.

Keeping with the market trend, this Digital Single Lens Mirrorless (DSLM) snapper has been blessed with retro looks thanks to its magnesium alloy casing. Moreover, the company claims to have developed a new 16MP sensor for the Lumix GX7. This Digital Live MOS sensor apparently manages to achieve both high resolution as well as high sensitivity image recording with minimal noise. There’s a Venus Engine image processor within this mirrorless camera as well, which combines with the sensor to deliver a maximum ISO of 25,600. 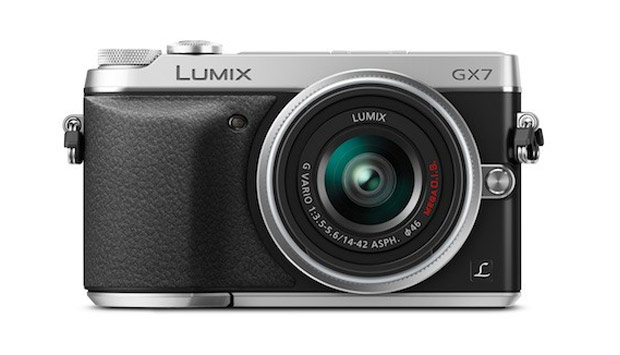 A 3-inch touchscreen has been placed on the rear of the Lumix GX7, making it a useful companion for the full HD video recording ability that it features. The camera kicks in two separate dials on its front and rear for direct control over aperture, shutter speed or exposure. And on top of that, the snapper has been infused with Wi-Fi and NFC technologies, making it easier for its users to share content and control it remotely using portable devices.

Like we mentioned up top, the GX7 is all set to be made available in the US this November at a price of $1,000 (body only). Details regarding its release in other important territories are still not out.