Panasonic went official with the Lumix GH4 in February, and we now have its price and release information all laid out. This mirrorless camera whose claim to fame is its ability to shoot videos in 4K resolution at the cinematic 24fps standard, will be doled out sometime this April at a sub-$2,000 price of $1,700. It’s available for pre-order now.

Lumix G Lenses as well as PL mount cine lenses will be compatible with the Lumix GH4. Alongside this camera, Panasonic will also be selling a YAGH pro audio/video interface unit which has its price set at $2,000. It comes equipped with XLR monaural 2ch terminals, an audio level display monitor and a 3G-SDI video output terminal with time code support for serious film-making enthusiasts. 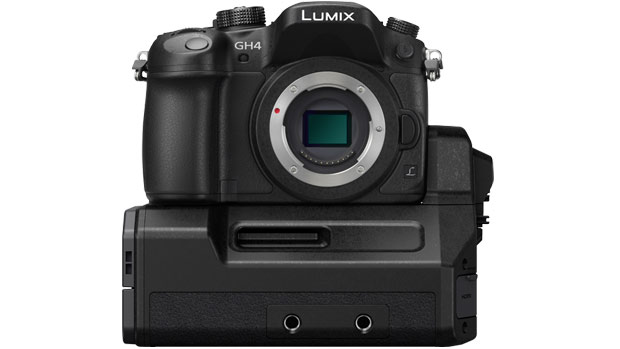 The Panasonic Lumix GH4 features a 16MP CMOS Micro Four Thirds sensor, and offers high speed 49-area auto-focusing for photos as well as videos. It has been built using a durable magnesium alloy body. Furthermore, this camera has been revealed to offer a sensitivity range of ISO 200-25,600, while its viewfinder too impresses with its 2.36M-dot OLED panel.

The company’s shopping website in the US is now taking pre-orders for the Panasonic Lumix GH4. The camera’s body can be snapped up at $1,700, whereas its YAGH audio/video interface unit is available at $2,000. Take a look at the video in the space below to experience the 4K shooting made possible by the snapper. Make sure to increase the maximum resolution of the video by clicking on the gear icon below it.