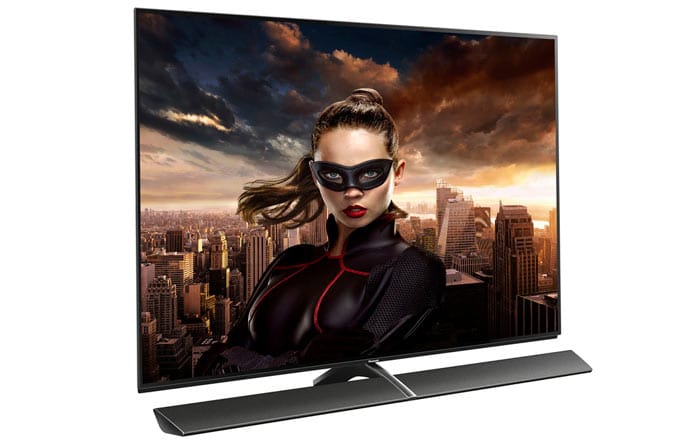 Claiming to offer the ‘most faithful picture ever’ is the new 65-inch Panasonic EZ1002, which happens to be the company’s latest 4K OLED TV offering. On showcase right now at CES in Las Vegas, it is able to offer double the brightness of a normal OLED panel for peak HDR.

In fact, Panasonic is boasting that the new EZ1002 is the first ‘HDR-capable’ OLED TV in the world. However, one can argue that the LG G6 which was launched last year, is already holding that laurel.

This 65-inch 4K display comes equipped with an Absolute Black Filter technology which renders clearer blacks by sensing the ambient light around the screen. Panasonic has even made its new TV future-proof by adding HDR10 support. This also includes the new Hybrid Log Gamma HDR format and full DCI color support. The EZ1002 features a ‘dynamic blade’ speaker made by Technics moreover.

And this is not the only thing launched by Panasonic at CES. It has even unveiled a set of three Blu-Ray players. The DMP-UB400, DMP-UB310 and DMP-UB300 are capable of high-end video processing, offer 4K direct chroma upscaling and provide 4K 60p/50p output.

The DMP-UB400 distinguishes itself from the other two by offering a twin HDMI setup for separate video and audio feeds. It also features several audio enhancements that are not part of the DMP-UB310 and DMP-UB300 models.

Coming back to the Panasonic EZ1002, it will be made available first in Europe during June of this year. Expect its pricing to be revealed closer to launch.