Panasonic has already disclosed that it plans to revive its Eluga brand in India and we can confirm that the first smartphone in the resurrected series will be the Eluga-U. The handset in question is scheduled to go official tomorrow and it will retail for around Rs 18590, while its MRP is listed as Rs 20990.

The company’s official Twitter account for India has divulged that the Panasonic Eluga-U will be unveiled tomorrow. And spoiling the surprise is local retailer Mahesh Telecom which has posted an image of the handset along with its launch price and specs on Facebook. 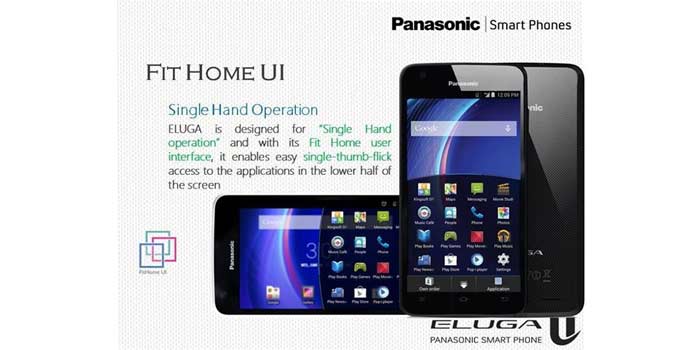 The post also states that the smartphone will go on sale tomorrow itself and will run on Android 4.4.2 KitKat out of the box. The OS will be accompanied by various software enhancements which enable convenient one-hand use through the Fit Home UI and simple navigation.

Also see: Xiaomi Mi 3 vanished from Flipkart in 5 seconds, we are not kidding

Unlike most affordable devices which come with MediaTek processors, this one will be powered by the Snapdragon 400 quad core chipset. Additionally, it will offer a 5-inch 720p HD IPS display with Corning Gorilla Glass 3, encased within a unibody design that flaunts a crystal glass back panel with a mirror printed texture.

Here are the key specs of the Panasonic Eluga-U:

Big day today! Even bigger day tomorrow as we are all set to launch Eluga-U! Today you have a chance to win big with #ElugaIs!

With a local retailer offering the Panasonic Eluga-U from tomorrow, it’s clear that the company isn’t going to make it an exclusive launch through an online seller. Tune in tomorrow for official details on the smartphone.