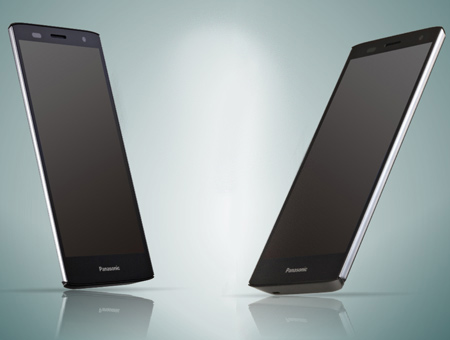 The Panasonic Eluga Power price and availability details have been released by Clove UK for those who sighed in agreement when the company’s GM and Head of Mobile Communications petulantly proclaimed ‘for too long, smartphones have either compromised on looks to embrace new features or dropped functionality in the pursuit of the perfect form.’

So Panasonic’s ‘refusal to compromise and determination to remain ambitious’ have produced the Eluga, which stabs at elbowing its way into the niche Samsung’s Galaxy Note has carved out for itself. The phone in question sports a 5-inch, 1280 x 720p resolution, HD touchscreen display and a Qualcomm Snapdragon S4 1.5GHz dual core CPU. It runs on the Android Ice Cream Sandwich OS and embeds an 8MP camera with flash that can record videos in 1080p full HD quality. 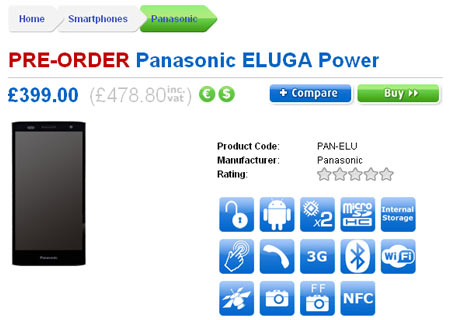 In terms of storage, the device has 8GB of internal memory and the hoarding space is expandable to a maximum of 32GB with the help of a microSD card. One thing that undoubtedly annoys a lot of people is the amount of time mobile gadgets take to power up once the battery dies down. According to Panasonic, the Eluga Power is capable of juicing up to 50% battery capacity within half an hour, while an 80% level can apparently be achieved in roughly one hour.

The smartphone’s price in the UK is £478.80, inclusive of VAT. It can already be pre-ordered through Clove and is due to be released in late April. The Panasonic Eluga Power release date and price for the U.S. is not clear as of now.