Panasonic Eluga I released in India at Rs 10990

One more Panasonic smartphone, named the Eluga I has been made available in India by the Japanese company as part of its seeming bid to infuse every price category with a new product. This Rs 10990 handset offers quad core performance, and is currently listed only on Flipkart.

The dual SIM Panasonic Eluga I boasts of a 5-inch IPS display which showcases its visuals on a 720p HD resolution. While an 8MP camera rests on its rear surface, its front houses a 2MP snapper which can be utilized for selfies as well as video calling. 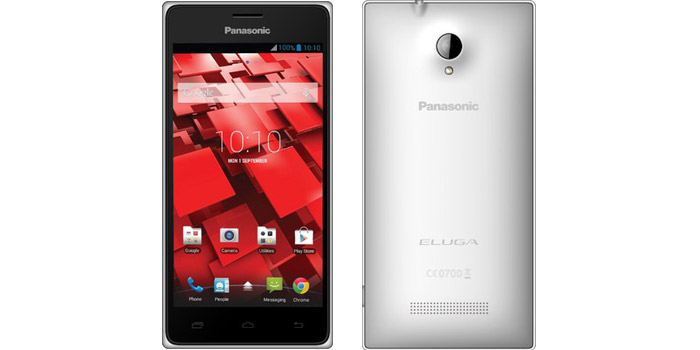 The Eluga I will be doled out to its buyers bearing a 1.3GHz quad core processor onboard, with a 1GB RAM module providing it with the needed support for running its operations. Of course, Android 4.4 KitKat is the core OS of this smartphone, with the familiar UI from the company having been laid on top of it.

There’s 8GB of storage present on the device, aside from a microSD card slot which can be used to expand it further up to 32GB. Powering it from within is a 2000mAh battery that’s capable of keeping this Panasonic handset going for long hours without any charge.

Here’s a quick look at the specs of the new Panasonic Eluga I:

Flipkart is the only e-retailer that seems to be listing the Panasonic Eluga I right now. If you’re interested, you can purchase it in exchange of Rs 10990 in white and silver color options.