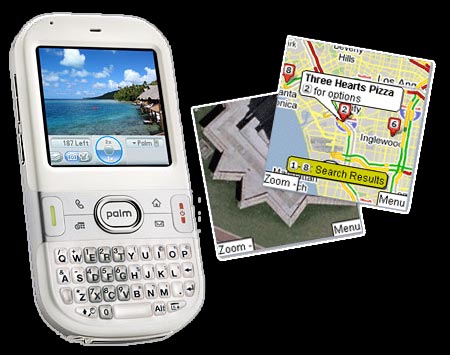 Palm has announced to release unlocked version of its popular Centro smartphone. That means the smallest smartphone will now be available on Sprint, AT&T, Verizon Wireless as well as in the unlocked GSM version. The unlocked Palm Centro will be available in new white color with grey accents.

Moreover, Palm also has announced that the Centro will now be equipped with Google Maps for mobile with My Location. The newly added feature will deliver mapping and direction information by approximating the user’s current location on the map. Hence the phone can also be used as GPS system.