You can buy the Samsung Galaxy Fold which sells for $1,980 at a low, low price of $399 as long as you don’t mind it in the color gold. And there’s another small detail – it will be branded as the Escobar Fold 2. You know, Pablo Escobar, the drugs kingpin. Only it’s his brother who is peddling this smartphone.

If you’re willing to ignore these trivialities as well as the device’s atrocious promo video that has to be seen to be believed, the Fold 2 can be yours. There’s another trifling detail we seem to be forgetting. Oh yes, the $399 foldable smartphone that will be shipped to you is likely to have failed Samsung’s quality checks. 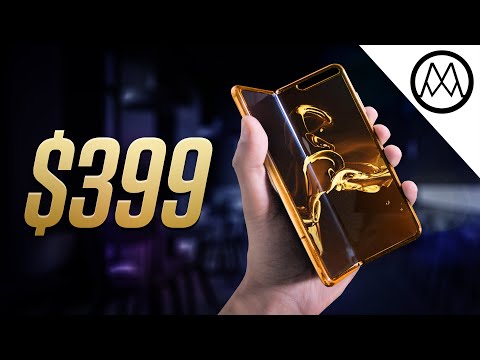 The story begins with Roberto Escobar’s company unveiling the Fold 1 for $349 in December 2019. The flexible smartphone looked suspiciously like the $1,300 Royole FlexPai. Escobar Inc followed this with the release of the Fold 2 for $399 in February last month.

Multiple sources have confirmed (see the videos posted here) that the new Escobar foldable phone is also just another company’s handset – Samsung’s in this case – with a gold sticker all over it to disguise the original branding.

But how is Escobar flogging the $1,980 Samsung Galaxy Fold for $399? According to Mrwhosetheboss on YouTube, the dubious corporation is buying units that have flunked Samsung’s quality control checks, been returned and/or been overstocked by vendors, and then selling it to unsuspecting customers. 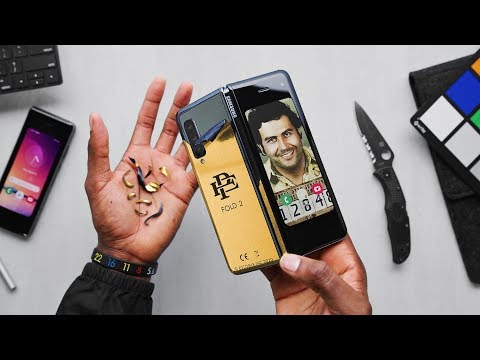 Roberto Escobar had literally declared that he intends to become the “overstock kingpin of electronical devices” in the press release announcing the launch of the Fold 2. So there’s little doubt about how the company can afford to sell such expensive tech to buyers on the cheap.

Now that you know you’ll be getting a $399 Samsung Galaxy Fold that may or may not work when you order the Escobar Fold 2, would you still drop the cash for it?