The owner of a Samsung Galaxy S4 who woke up one day to find his handset burnt due to overheating was even more distraught when he learnt that the company has started ignoring the shipping of his replacement device. This gave an opportunity for HTC to show some generosity and get some kind of mileage out of the situation.

A product manager from the company then contacted the person and offered him a swanky new One M8 handset free of cost. This gesture has been greatly applauded by the community and has shown that sometimes bad customer service can bring you a lot of flak. 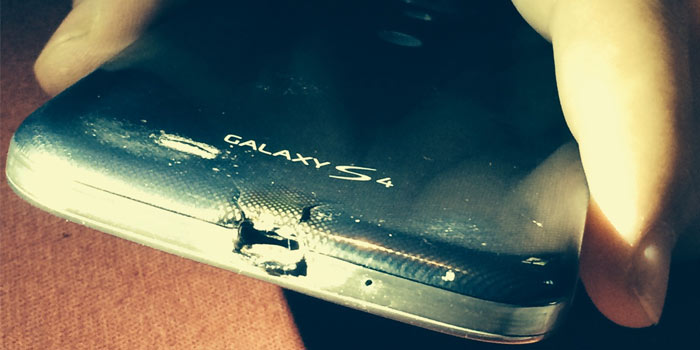 The whole fiasco transpired on Reddit where the affected person who goes by the username ‘TweektheGeek’ posted about his burnt Samsung Galaxy S4 about a month ago. Following that, he tried contacting the company’s customer service and even received an answer from them saying they will pick up the burnt smartphone and replace it with a new one soon.

But while a pick-up was arranged for, the new device wasn’t delivered to him for around a month, which forced him again to make a Reddit post explaining the situation to the Android community on the site. Leigh Momii, a Product Manger from HTC USA then offered to give ‘TweektheGeek’ an HTC One M8 against a promise that if he ever received a replacement handset from Samsung he would donate it to charity or sell it and donate the money received from the sale to a charitable organization.

No doubt, a big blow has been dealt to Samsung and even if it replaces the affected Galaxy S4 now, it would not do the company much good. Let’s see what approach it takes then.