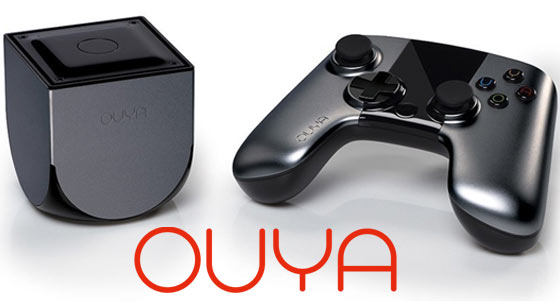 The Ouya may be a bit late in knocking on e-retailers’ doors, considering that it was meant to strike stores by June 4, but the fact that it has arrived at $99.99 as promised should count as a silver lining. So everyone residing in the US, Canada or UK, who has been eyeing the gaming console ever since it popped up in the news last year, finally have the go-ahead signal by Ouya.

With an aim to appease a diverse sector, the Android 4.0-built console proffers titles from varying genres, be it trivias, RPGs or games which let users interact with their folks and friends. The company has specifically emphasized on Chronoblade which can be found exclusively through the Ouya. As an added advantage, players will be exposed to most of the goodies for free, until they intend on purchasing them.

Ouya lives of a quad core Tegra 3 processor, backed by 1GB of RAM and permits storing content of up to 8GB internally. Apart from games, it drives in streaming services including Twitch.tv, XBMC as well as Plex and all of these can be enjoyed on a full HD screen when connected through the HDMI port. 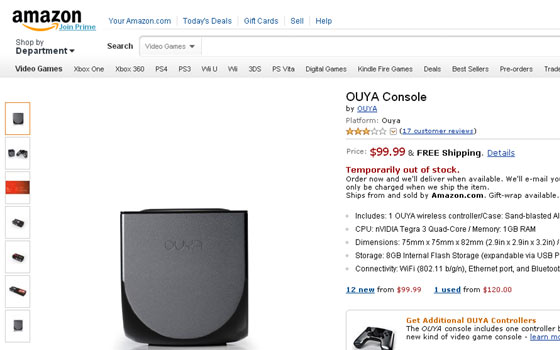 While the Ouya already brandishes a complimentary peripheral, players can benefit from its ability to support up to 4 controllers by purchasing each at $49.99. Seen on this gamepad are eight action keys, a system button, a d-pad and two analog sticks.

US residents lured by the specifications pushed to the fore by the Ouya can choose to purchase it from Amazon, Best Buy and couple of other e-retailers, whereas those hailing from Canada and the UK can depend on country-centric Amazon outlets.