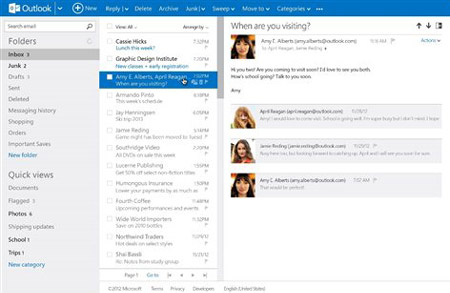 Microsoft recently announced that the Outlook.com webmail service has been graduated from the preview version and it is open to potential users everywhere. According to the company, the product has been designed from the ground up with an aim to deliver a modern alternative to mail clients currently available.

Along with the announcement, the official Outlook blog also states that the service has managed to achieve approximately 60 million users over a period of 6 months since its beta launch back in August. The estimate is based on the number of logins made several times in a month. We’re going to quickly run through the key features of the service. Through integration with SkyDrive, members will be able to share content with almost anyone. All images received are visible in a slideshow layout and users can even configure the client to connect with their Facebook, Twitter, LinkedIn and Google IDs to stay automatically updated with contacts. There’s also built-in chat support from the first SNS. 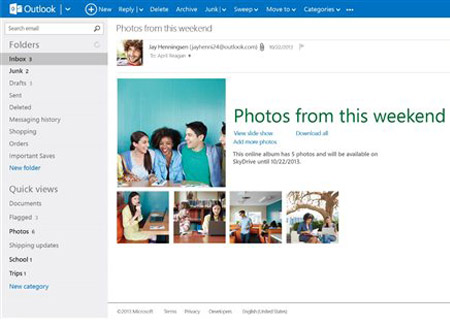 The Redmond giant has made it quite convenient for Hotmail users to upgrade to the new service. Some of the perks in updating are that they get to keep their existing ID and only have their settings as well as data transferred to the new client. The company is also offering the option to rename an account to @outlook.com. Back in November, the procedure to migrate from Gmail had been simplified as well, allowing users to switch over to the Microsoft owned service in 5 simple steps, sans the need for them to ditch their Google ID altogether.

In recent news, the company announced that it would be retiring its Messenger client and all Windows Live users will have to migrate to Skype. The shifting will commence on April 8 starting off with English language clients and it will be ended with the transition of Brazilian Portuguese ones on or after April 30. Skype allows users to communicate in flexible ways as it is available on multiple platforms such as Mac, iOS, Windows Phone, Android and Blackberry. 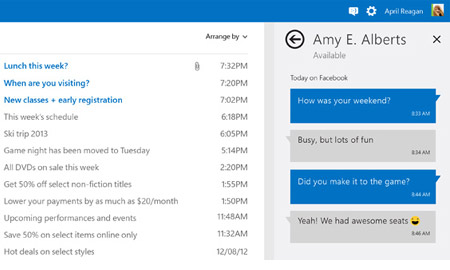