Twitter CEO Jack Dorsey has become the latest victim of a series of high-profile attacks by hacking group OurMine. The team is now claiming that Twitter can see your Vine passwords, an assertion which the site is strenuously denying.

To recap, OurMine has been attacking the social media accounts of tech titans like Mark Zuckerberg and Sunder Pichai for quite some time now. The group got access to Dorsey’s page a few days ago, uploading a few video clips before posting a tweet which asserted that it was testing the CEO’s security, alongside a Vine clip.

OurMine’s messages have now been deleted from Dorsey’s page. The tweets appear to have been posted via Vine. There’s a chance he had an old or shared password on the Twitter-owned platform which he also used for other services. The team behind the attacks have been taking advantage of password breaches on other sites to gain access to accounts. 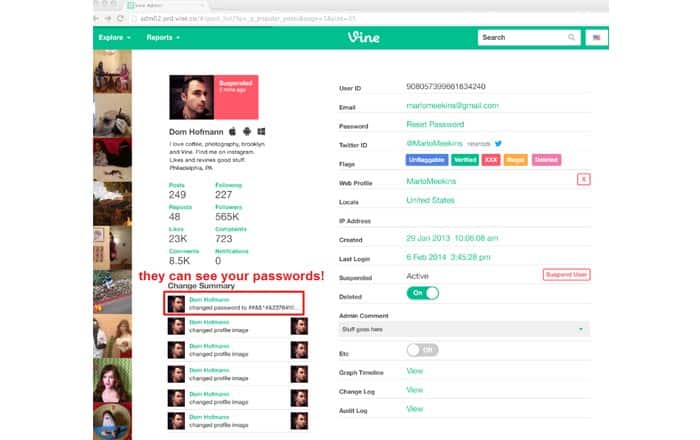 Also See: Twitter locks users out after 32 million passwords go up for sale

A Twitter spokesperson is now denying these allegations, stating that the screenshot is not an accurate depiction of Vine’s admin site. Furthermore, the real page is restricted to Twitter IPs, is HTTPs, and does not reveal passwords. The chances of OurMine’s image being fake are high, given its unreliability and the unlikelihood of Dorsey storing such information on Dropbox.