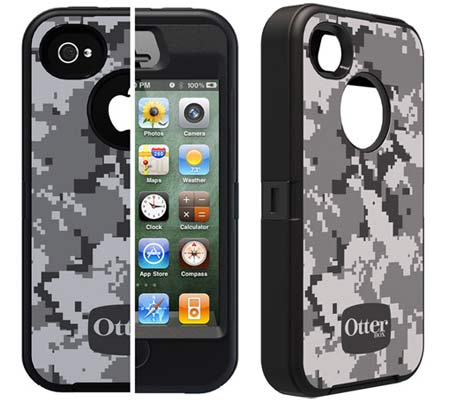 The OtterBox Military-Style Camo cases have been launched as part of the company’s Defender Series for the iPhone 4 and 4S smartphones. 11 options ranging from Urban Funk to Forest can be picked up by potential users in the wild.

Sporting a 123.94mm x 68.83mm x 16.76mm form factor, the Otterbox sheath tips the scales at about 52.06 grams. The rugged shell is complete with three layers wherein, the former one acts as an impenetrable screen protector and comes built into the second coating. This brings us to the middle one which is crafted with polycarbonate, followed by the last layer of silicone skin that bears the military-style design.

Individuals hunting for spill-resistant covers may have to look elsewhere since this offering is crafted for protection against drops, bumps and scratches only. For convenience sake, this robust option also tags along a holster-style swivel belt for users constantly on the move. In addition to other attributes, the case takes care of dirt and dust intrusion as well. This should keep the smartphone fully operational at all times. 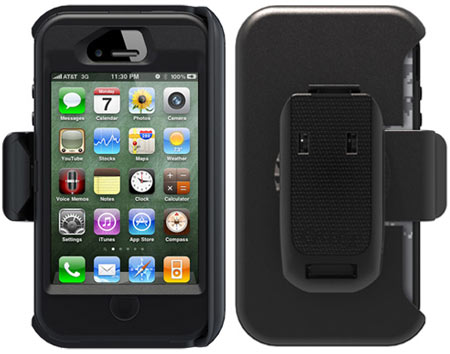 Available in 11 options, the titles spell out to be Blizzard, Ocean, Desert, Urban, Jungle, Forest and Urban Funk. The blue Ocean shell is integrated with either black or blue polycarbonate. Incorporated with a black or white polycarbonate is the brown/tan Desert option. The gray or white Blizzard sheath sports a black second layer, while the Urban Funk is draped in black and gray camouflages with pink polycarbonate. The Jungle offering arrives dressed in a number of choices. And the Forest case dons a green camouflage with black polycarbonate.

The OtterBox Military-Style Camo cases for iPhone 4 and 4S are available for pre-order on the company’s official portal at a price of $59.95.