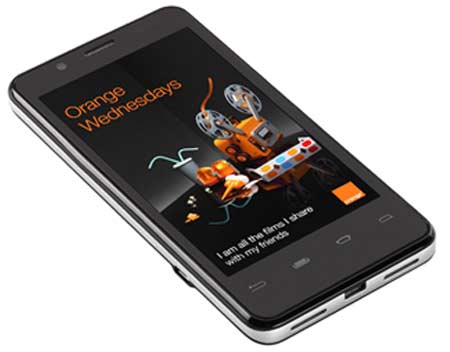 After the Lenovo K800, another Intel Medfield-powered smartphone dubbed Orange Santa Clara has surfaced. The device, which is being exhibited at the ongoing MWC, is slated to roll out through the network carrier in France and the UK. Although currently being called Santa Clara, it is just a codename, which will most likely be changed before the phone hits store shelves in Europe.

The offering will be launched with the Android Gingerbread platform, but the network operator promises the Ice Cream Sandwich OS upgrade soon. It acquires multitasking properties from the Intel Atom processor Z2460, while the support for the HSPA+ network is ensured by the Intel XMM 6260 platform. 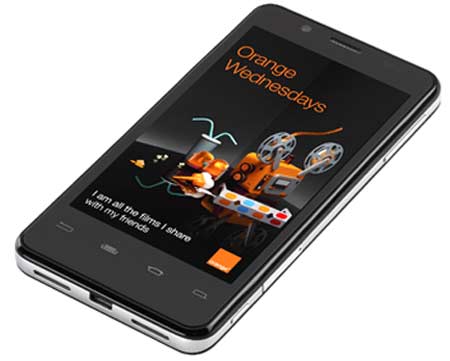 “The Orange device is a fantastic example of the innovation happening on Intel’s smartphone reference design. We are pleased to extend our close collaboration with Orange to Intel-based smartphones. Orange has a long and successful track record of innovation which has produced great mobile products and services for their customers. By combining Orange’s unique applications and services with an attractive high-performance Intel-based smartphone, Orange is once again demonstrating its wireless leadership while providing more value and customer choice,” quoted Mike Bell, Intel Vice President and General Manager of the company’s Mobile and Communications Group.

The Intel Medfield solution not only claims to offer an enhanced performance and a faster web browsing experience, but also energy efficient operations coupled with a responsive interface. The sleek Orange Santa Clara with dimensions of 123 x 63 x 9.99 millimeters, tips the scales at just 117 grams. Its front panel flaunts a multi-touch display spanning 4.03 inches. Moreover, its back panel is graced by an 8MP snapper, which is apparently capable of capturing up to 10 pictures in about a second. 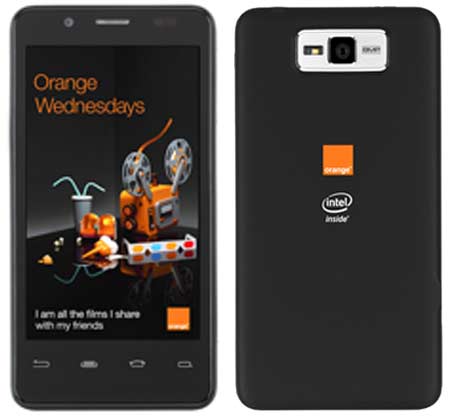 The Orange Santa Clara release date and price details are not known as of now. But the company announces that it will start shipping this summer in Europe and will carry an affordable price tag.