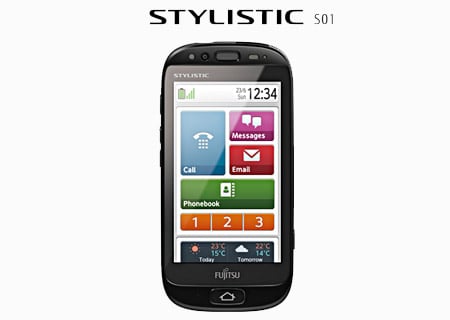 The Fujitsu Stylistic S01 release date will fall sometime during the month of June this year for France and the smartphone will arrive through Orange, a.k.a France Telecom for an undisclosed price. According to the company, the device in question is specifically designed for senior users featuring an intuitive interface.

The Android 4.0 platform runs the show on the device with a modified UI which aims to deliver convenient access to features such as telephone, email, SMS, camera and web browsing amongst others. Additionally, the phone is equipped with an emergency buzzer which can be activated by the push of a button. Doing so will automatically alert family members for help through a voice call. Other features thrown in include carrier-specific services like Cineday which allows customers to avail a free movie pass with a friend every Tuesday, and et Moi that permits users to manage their account. 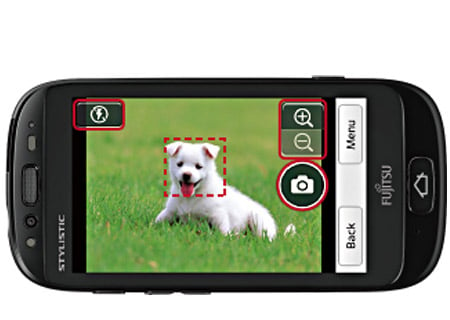 Coming to the design, the handset measures 10.9mm in thickness and it weighs not more than 130 grams. The company has dressed it in an IPX5 and IPX8 certified dust- as well as water-proof form factor which is capable of being submerged for up to 30 minutes at 1 meter deep. Unlike most devices running on Google’s mobile platform, this one only employs a single hardware button on the front. Resting just above it is an 800 × 480p WVGA capacitive touchscreen measuring 4 inches wide with tactile feedback.

On the inside, a Snapdragon S2 MSM8255 SOC from Qualcomm gets things up and running through assistance from a single core 1.4GHz Scorpion processor, an Adreno 205 GPU and 1GB of RAM. While a 0.3MP camera sits pretty on the front, an 8.1MP snapper takes its place on the rear for video recording and image capture. An 1800mAh Li-ion battery takes on the responsibility of delivering the energy required for all components to function. 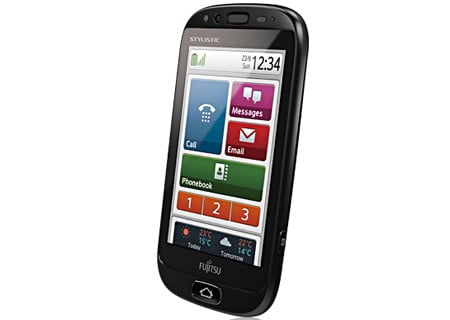 Before its official unveiling during the aforementioned month, the Fujitsu Stylistic S01 will be on display at the MWC 2013 starting February 25, 2013, onwards. Where a retail amount is concerned, the device is most likely to fall under the entry-level segment affixed with a budget-friendly tag, or so suggests the hardware components and features employed here.

Here’s a quick overview of the specifications sheet: