Oppo recently launched the 3000 smartphone in China and that very same handset has also made its debut in India, but under the Mirror 3 moniker. The latest addition is priced at Rs 16999 and while it offers a 64-bit processor and other nice features, it does come across as too expensive.

Well, that’s basically the same with most smartphones from the Chinese OEM. The Oppo Mirror 3 is more or less at par with the Redmi 2 from Xiaomi in the hardware department. And obviously, it costs more than double, but there are some nifty attributes onboard. The handset runs on Android 4.4 KitKat with Color OS 2.01 UI. 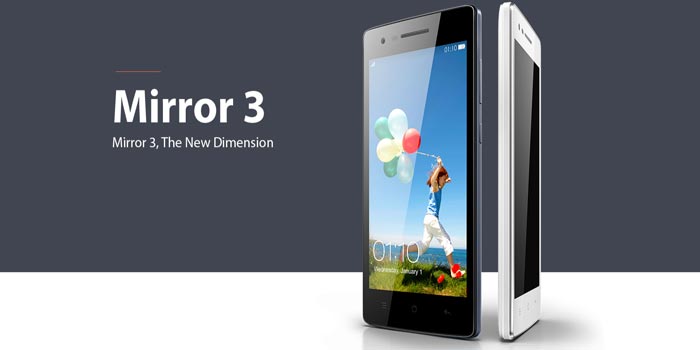 The majority of software enhancements are for the camera. Oppo’s own PI 2.0+ technology enables loads of customizations and there are modes like Beautify 3.0 to glam up those selfies, double exposure for bringing out your creativity and flash shot that allows you to snap up two panoramic images with higher clarity and depth.

The rear camera is an 8MP Sony IMX179 sensor, while the front snapper is rated at 5MP. You also get the Smart Remote Technology 2.0+ which allows you to convert the Mirror 3 into a universal remote control owing to the inclusion of an IR sensor. The smartphone is quite appealing and flaunts a polka dot textured design on the rear.

Here’s what the Oppo Mirror 3 packs in specs:

The Oppo Mirror will go on sale in India in options of grey and white. Exact availability details haven’t been revealed as yet.