Oppo U3 is the latest victim of GFXBench, has pretty impressive specs

It looks like Oppo is working on a new smartphone series and the first device has been leaked online as the U3 thanks to a benchmark listing. Now, the moniker could be a codename for the handset since we normally see such markings on GFXBench, but the company’s preference of using a simplified naming strategy suggests otherwise.

The Oppo U3 looks pretty beefy on paper, but some of its features really don’t add up. For instance, the display size is said to be 4.6 inches and the resolution is pegged at 1820 x 1080 pixels. A 5-inch screen struggles to show the benefits of a FHD panel and the smallest we’ve seen so far is the HTC One M7 that featured a 4.7-inch screen. 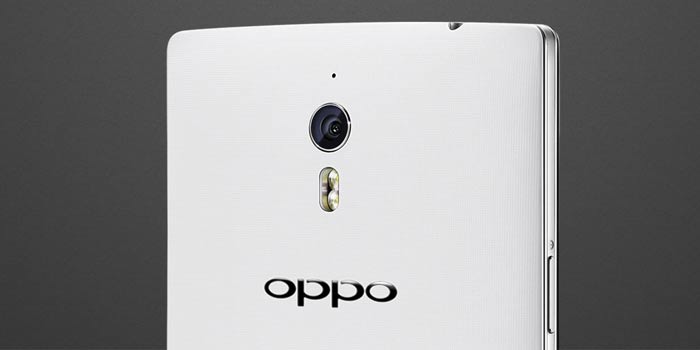 Apart from this, the user-available storage is shown as 1.1GB on GFXBench. This would basically mean that there’s just 4GB of internal memory which clearly shouldn’t be possible. It’s most likely an error and the actual hoarding space available might be 11GB (16GB ROM).

The processor used here is the MediaTek MT6752 that’s aimed towards the super-mid-range. The chipset is based on the Cortex A53 in an octa core configuration clocked at 1.7GHz with Mali T760 graphics. The device will also be 64-bit enabled, but is likely to come with Android 4.4.4 KitKat out of the box.

A roundup of the Oppo U3’s specs can be found below:

Whether the Oppo U3 goes official as it is or with a different moniker is yet to be seen. The device is most likely in the development stage and it could be a bit of a wait unit it gets launch.