With the Oppo R819, the company in question has bounced back with yet another sleek phone that measures merely 7.3mm in thickness. Oppo seems to have taken a leaf out of the books of major manufacturers like Sony, Samsung and HTC as it has announced that the handset’s stock Android version will be made available as well. Its US-bound variant will set users back by $349 and is now up for pre-order in the country. The official website says that it will start shipping in early September.

The Oppo R819 is based on the Android Jelly Bean 4.2.1 OS and potential buyers can opt for the vanilla version of the platform. Similarly, they can continue using the phone with the original ROM or instill the company’s Color ROM when it is introduced in the future. The highly-customizable handset comes drenched in the shade of white and flaunts a 4.7-inch HD display of 1280 x 720p resolution and 312ppi. A 2MP camera can be seen perched on the front side, while the rear panel plays host to an 8MP snapper with Sony Exmor sensor and LED flash. 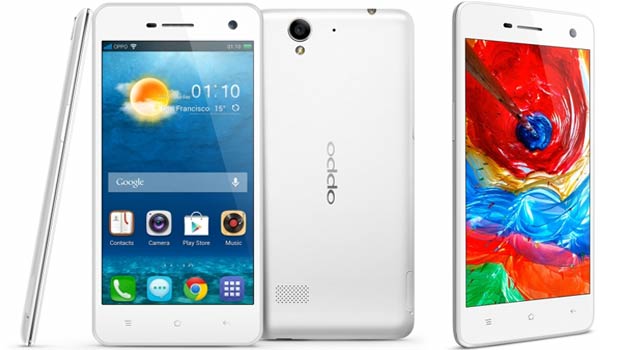 Furthermore, the dual SIM phone attributes its ability to support multiple applications at the same time to a quad core MT6589 processor which ticks at a speed of 1.2GHz. The processor seeks assistance from 1GB of RAM and the gadget brings 16GB of onboard memory to the platter. This 3G-enabled device draws power from a 2000mAh battery and is loaded with most of the common features like Wi-Fi, DLNA, FM radio and many more.

The Oppo R819 handset’s exact release date has not been given a mention.