At a modest price, smartphone buyers in China will be able to purchase the interesting looking Oppo R1 which has been blessed by its makers with a camera bearing a wide aperture of F/2.0. In simple language, this is a feature which lets the snapper absorb more light onto its sensor, resulting in better lowlight image capturing.

To give you a clear idea, F/2.0 is also the aperture of the tried and tested Ultrapixel camera on the HTC One which performed extremely well in our review of it. As far as the sensor is concerned, it’s an 8MP one. The Oppo R1 is now on sale in China at 2498 CNY which translates to roughly around $410 or Rs 25,439. There’s no word on a possible release outside China. 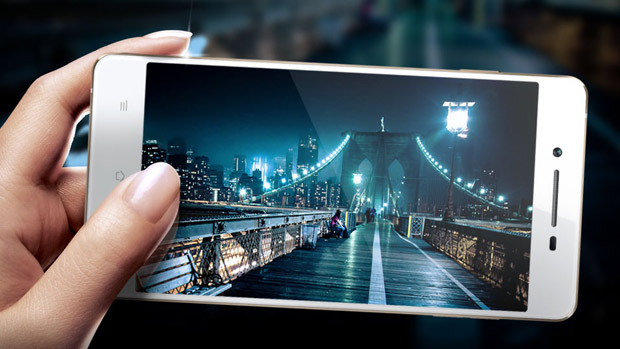 The device runs Oppo’s proprietary Color OS which is based on Android 4.2.2 Jelly Bean. A 1.3GHz quad core MediaTek MT6582 processor has been granted to it by its makers, aside from 2GB of RAM. It carries on it a 5-inch IPS display offering a resolution of 720 x 1280 pixels at 294ppi. 16GB of internal memory is present on it, but no microSD card slot has been granted to it. There’s a 5MP front-facing camera included in its offerings as well.

Apart from the Oppo R1, another product from the company which we’ve got our eyes peeled on is the N1 CyanogenMod edition which is the first ever device to directly ship bearing the popular Android distribution.