Oppo N3 to be made from ‘aerospace grade material,’ says company

The teasers from Oppo regarding its upcoming N3 smartphone continue, and the latest one among them has revealed quite an interesting feature. According to the company this phone will be created using an ‘aerospace grade material’ body, taking its durability to the next level.

Oppo used its Weibo account to release a teaser image for the N3 which shows a satellite hovering in space and has the words ‘Built for what may come’ pasted on it. According to GSM Arena, in the description of this image it has been mentioned that ‘aerospace grade metal’ will be utilized in its construction to make it lightweight and tough at the same time. 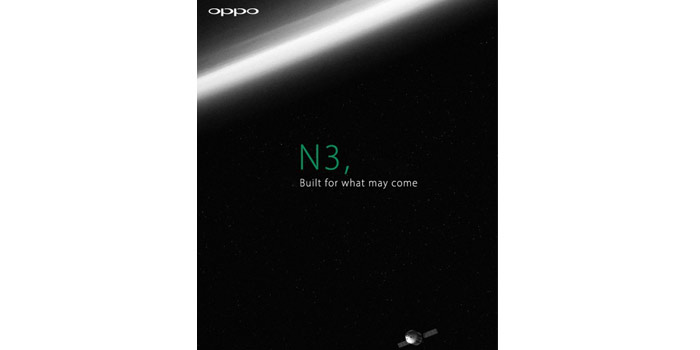 What would be very exciting to see now is what kind of a design makes its way onto the new smartphone. Two major leaks about the Oppo N3’s body have occurred in the post few weeks, and while one of them revealed that the smartphone will grab a unique cylindrical rotating camera on its top end, the other showed quite an orthodox design.

Also Read: Another leaked photo of Oppo N3 tells a different story about its design

One thing that’s for sure is that the rotating camera mechanism which we’ve already seen on the Oppo N1 and its Mini model will surely make its way onto this forthcoming handset. Other details on the N3 are not out at the moment, but we’re expecting to know more about it as we move towards its official launch date of October 29.

So we’ll have more on the Oppo N3 for you as soon as any concrete information about it is available.