After months of teasing and endless speculation, the Oppo N3 has finally been revealed and it’s as impressive as it was rumored to be. The phone is a true successor to the N1 handset which initially introduced the rotating camera design and it takes the unique feature a step further.

The camera module is mechanized and can be rotated up to 206 degrees. It automatically pans from the front to the back for taking panoramas which are captured at up to 64MP resolution, and for selfies. The sensor used here is a 16MP OmniVision OV16825 with 4K video capture and many more features, and there’s a dual LED flash as well. 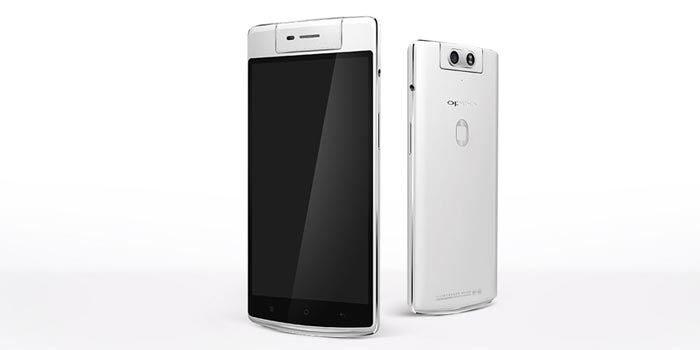 Taking a look at the design, the Oppo N3 is smaller compared to its 5.9-inch predecessor. It sports a 5.5-inch FHD TFT LCD with Gorilla Glass 3 and a rugged design made from industrial grade aluminum alloy. On the bottom, there’s a double-sided notification light for alerts, while a fingerprint reader is centered on the rear panel.

Also read: Sorry Gionee, Oppo’s R5 is the slimmest smartphone in the world

What’s disappointing about the phone is that Oppo has chosen hardware that’s quite old. There’s 2GB of RAM and a 2.3GHz quad core Snapdragon 801 processor. Storage, on the other hand, is in ample with 32GB of flash memory and a microSD card slot support up to 128GB. The company has also thrown in a 3000mAh battery. 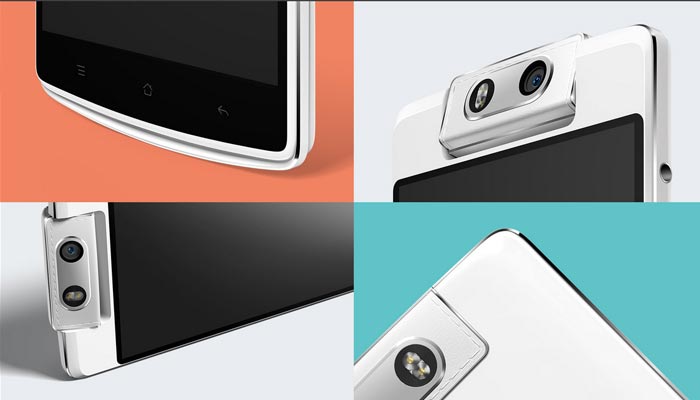 Oppo N3 specs at a glance:

As expected, the Oppo N3 is quite the pricy smartphone. It’s tagged at around $649, but we’re yet to hear information about its release date.