The Oppo N3 has been the talk of the town since its predecessor managed to amaze us with its unique camera design. The upcoming Oppo smartphone has been leaking out a lot lately, but nothing much concrete has come our way apart from the official information disclosed by the OEM.

Well, Oppo is slowly feeding us with more details as the latest teaser image confirms yet another feature. A post on the company’s Facebook page basically highlights the camera mechanism and the design, but it also shows a fingerprint sensor on the rear. This would put the device on the same page as the new iPhones and other Android smartphones from HTC and Samsung amongst others. 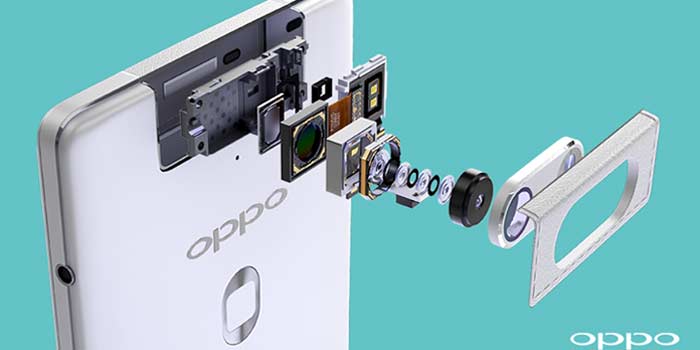 While the aforementioned details are confirmed, the next set of information comes via the company’s retail stores in China. According to GizChina, these stores have started accepting pre-orders for the Oppo N3 and they’ve even disclosed a price as well as some specs.

What we know is that the phone will retail for 4928 Yuan which is a lot of money. After conversion, that amounts to around $700 which is not what we’d expect from a Chinese OEM especially when its competitors are producing high-end flagship devices for much cheaper. Where hardware is concerned, the camera will be of 16MP and the display will span 5.5 inches wide with 1080p visuals. 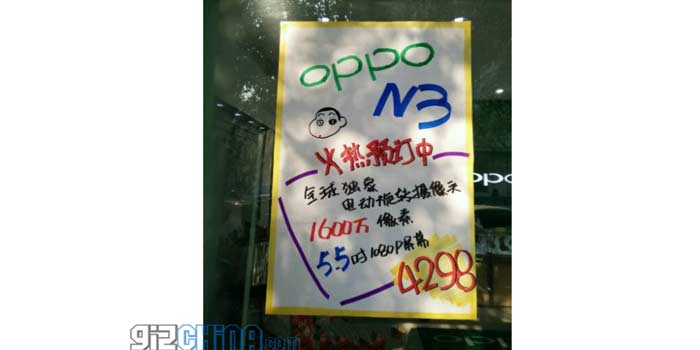 Just so you know, the handset is expected to come in two versions, one with a premium design made from aerospace grade materials and the other flaunting an aluminum lithium alloy. The said price is most likely for the former model.

For reminder’s sake, the Oppo N3 is scheduled to go official on October 29.

Facebook
Twitter
Pinterest
Linkedin
ReddIt
Tumblr
Flip
Previous articleNo HTC One M8 Eye smartphone for Europe, probably not for the US too
Next articleLG bids adieu to Qualcomm, uses its own Nuclun processor inside new G3 Screen smartphone