After the Oppo N1 and N1 mini, it’s now the turn of the N3 – the N2 moniker has been skipped by the company – to be let out into the open. And October 29 has been set as the date on which the unveiling will happen. This smartphone has been teased for quite some time now and we have known since long that it will be arriving this month itself.

The Oppo N3 is expected to be a pretty high-end device, just like its successor which innovated with its swivel camera mechanism. For those out of the loop, both the N1 and N1 mini smartphones from the Chinese company come equipped with rotating cameras that cut out the need for secondary shooters, as the rear camera can just be rotated to make it act as a front unit. 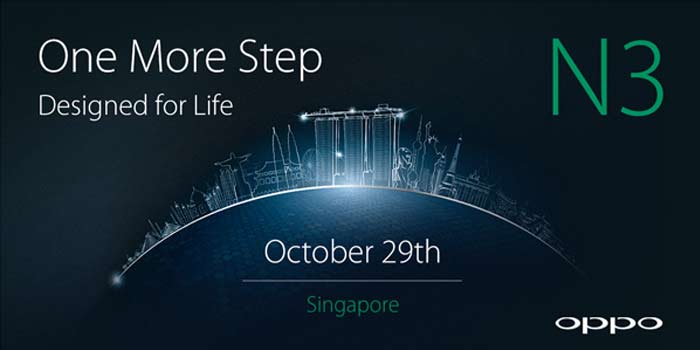 There’s no doubt then that this well appreciated design choice will also stand true for the N3. In the past, we’ve seen at least two instances of leaks that claim to be of the new rotating camera design of this smartphone. While one showed us a cylindrical housing for the swivel camera, the other showed us a more orthodox design choice.

We don’t quite have an idea of the specs that will go into the Oppo N3, but we do know that it will be made from ‘aerospace grade material.’ A recent tweet from the company has suggested that while one version of the phone will be built with a stainless steel frame, the other will be housed in aluminum lithium alloy. 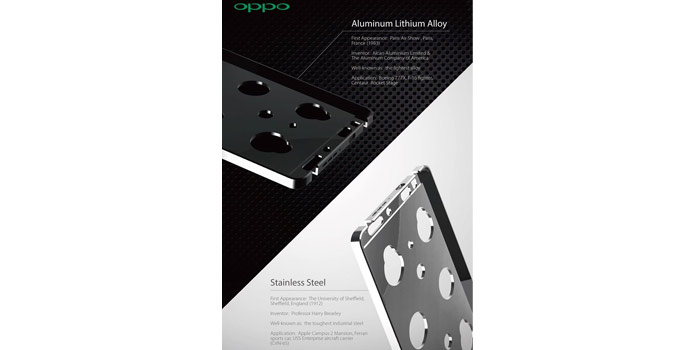 More leaks are expected to surface in the lead-up to the Oppo N3’s launch on October 29.