Oppo has disclosed that it plans to offer its N1 mini smartphone in India and has started teasing the device’s arrival on Twitter. The company hasn’t disclosed any specific release date for the handset and since the month is still young, we expect it to get formally unveiled in the coming weeks.

The Oppo N1 mini is a compact version of the 5.9-inch phablet which went on sale in India earlier this year. The smartphone retains the same design as its larger sibling and also sports the swivel camera which allows you to position the snapper on the front or rear. 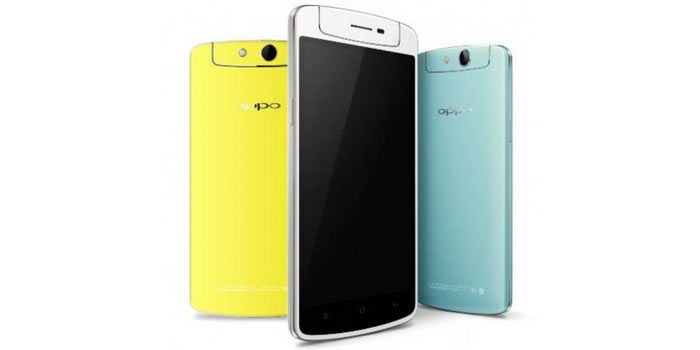 The primary camera here is a 13MP Sony sensor and like the current flagship phone, this one also features the Super Zoom mode which allows the device to capture images of up to 24MP resolution. On the downside, there’s only a single LED flash instead of two as seen on the 5.9-inch model. And although being marketed as a compact handset, the device is as large as current flagship phones.

It packs a 5-inch 720p HD display and gains steam from a 1.6GHz quad core Snapdragon 400 SOC. Running the show here is the Color OS 1.4 platform which is based on Android 4.4 KitKat. The handset is a single SIM one and it supports 4G LTE, but we’re not sure if the version headed to India will work with the technology deployed in the country.

Here’s a roundup of the Oppo N1 mini specs:

The Oppo N1 mini is currently selling for $469 through the company’s online store which translates to approximately Rs 28569.