Oppo N1 mini and N2 reportedly in the works, will we see more rotatable cameras?

Oppo’s N1 earned a lot of popularity when it was launched last year and although forgotten, the smartphone’s unique design might live on through the N1 mini and a successor that’s allegedly being called the Oppo N2. The smartphone’s key feature was its 13MP camera that could be used as a front webcam and rear snapper owing to a 206 degrees rotating design.

This attribute will definitely be present on the Oppo N1 mini, but there’s no telling if the successor will implement it or take a new approach altogether. G4Games is reporting based on information provided by supply chain sources in Taiwan that the OEM plans to launch compact versions of its new flagships. So far, only the N1 mini has been mentioned with no word about an F7 mini. 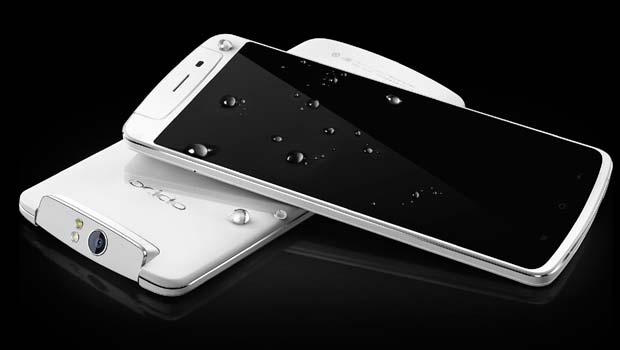 The Oppo N1 mini is said to have a 5-inch design which is rather inappropriate for a compact flagship (since most flagships are around 5 inches), but is acceptable considering that the original smartphone is almost 6 inches in size. Not much information has been provided about the handset and we do know that it will have an octa core chipset, either the MT6592 from MediaTek or the Exynos 5422 from Samsung. There’s also the possibility that the company could throw in 4G LTE connectivity.

It’s a bit too early to speculate about the Oppo N2 and we’ll be sure to update you with more information on the smartphone. Where a launch date is concerned, we expect both devices to arrive in September.

Here are the key specs of the Oppo N1: