There are many mysteries behind the Oppo Find 7 and slowly, the company is officially revealing details about its highly anticipated flagship. While the phone is expected to go official next week, the Chinese OEM has confirmed the specifications. Also, there are fresh rumors about the handset’s price.

Oppo has posted a new teaser image on its Weibo account which highlights the specs of the Find 7. The handset is confirmed to come with a quad core Snapdragon 800 SOC, but no clock speed has been mentioned. Previous leaks suggest that the chipset will be the MSM8974AC operating at 2.5GHz which is the same one found in the Samsung Galaxy S5. The screen size is pegged at 5.5 inches and resolution is said to 1080p. 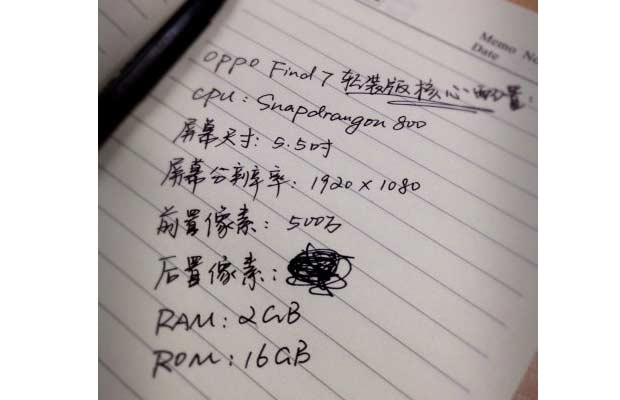 Oppo will launch the Find 7 with a 2K display as well. What’s disappointing is that the RAM has been lowered down to 2GB from the previously leaked 3GB. Other components include 16GB of storage and a 5MP front camera. The rear snapper is rumored to be 13MP, but the image posted by Oppo has the snapper’s specs scribbled out. Leaked 50MP images which have supposedly been captured from the Find 7 have been making the rounds online, suggesting that the phone will come with a high resolution sensor.

However, a report on G 4 Games suggests that Oppo could be using a second generation stacked 13MP lens from Sony with an f/2.0 aperture. Apart from this, the Find 7 is reportedly priced at around 3000 yuan which amounts to US$488. That’s over $100 less than the previously rumored $600 price. 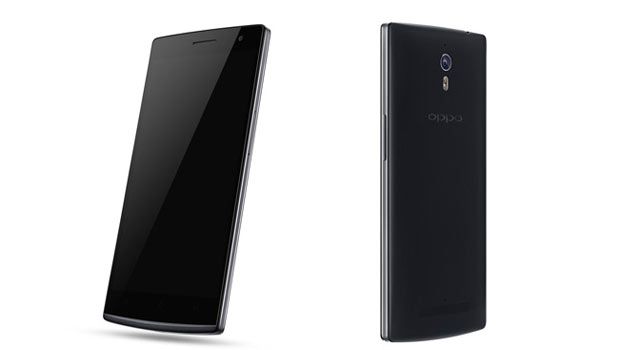 The Oppo Find 7 is scheduled to go official on March 19, in Beijing. The company has confirmed that both, 1080p and 2K models will be unveiled on the said date.