India is finally being treated to its first QHD smartphone, the Oppo Find 7, which went official today. The handset is being offered in two variants – One with the 2K panel and the other being the 7a model which has slightly lower specs including a 1080p screen, for Rs 31,990.

The Oppo Find 7 was officially launched back in March and it was expected to reach India by May. The phone features the latest hardware available on the market and as you can see, it’s much cheaper than high-end flagship phones like the One M8, Xperia Z2 and Galaxy S5. Both versions of the smartphone have a 5.5-inch display accompanied by a notification light strip on the bottom and a 5MP camera on the top. 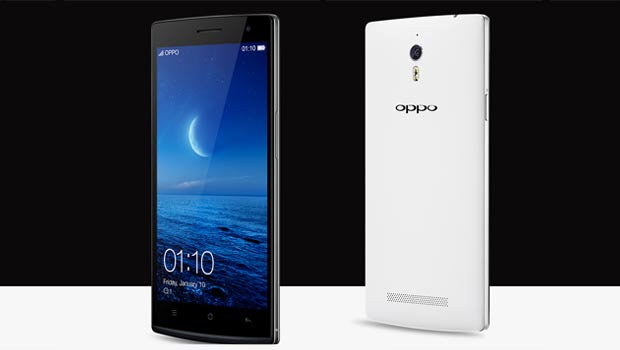 The RAM is lowered to 2GB along with the internal storage and battery capacity which stand at 16GB and 2800mAh, respectively. The main highlight of the phone is its 13Mp Sony IMX214 CMOS sensor which can capture image at 50MP resolution through the Super Zoom mode. There’s also 4K video recording and slow-motion capture. Oppo has thrown in its VOOC technology that allows the phone to be charged up to 75% in just 30 minutes.

The Oppo Find 7a will go on sale in India starting tomorrow, while the 2K version is scheduled to hit stores early July.