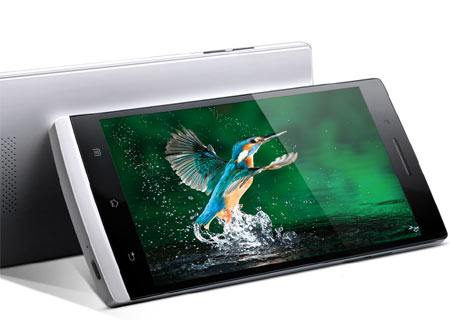 Electronics manufacturer Oppo plans on launching the Find 5 in India and according to a report, the device will be available in storage options of 16GB and 32GB with quite alluring price tags. The handset is the Chinese company’s current flagship and it was unveiled in the US last year, while hitting availability status during the first quarter of 2013.

What’s interesting is that the Oppo Find 5 is available in an international version and the manufacturer is already selling it globally through its OppsStyle website. The device comes in 2 color choices as well, namely white and midnight. They are priced at $499 (16GB) or $569 (32GB) and shipped almost anywhere in the world including India, sans any delivery charge. Nevertheless, making the smartphone locally available will definitely make it easy for customers to purchase it and also save them the hassle of having it imported. 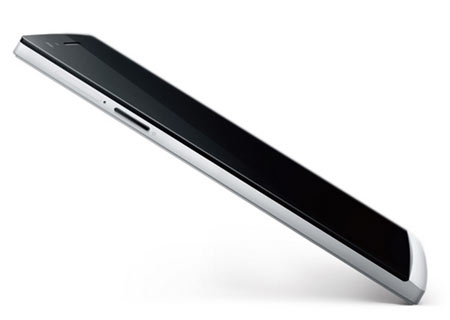 Carrying a competitive retail amount, the device will position itself as a budget-friendly alternative to the big players like the Xperia Z and the Galaxy S4. The hardware components incorporated here place the phone under the high-end segment. Buyers will receive 5 inches of 1080p goodness at a 441ppi pixel density. A quad core Krait processor does the heavy lifting with 2GB of RAM and the Adreno 320 graphics at its side.

Where the design is concerned, the phone is crafted with a minimalistic approached. The bezel surrounding the display is slim at just 3.25mm and when the screen is off, the sides as well as the IPS panel appear as a single piece. On the rear, a 13MP CMOS camera has been fixed proffering native HDR support, 5fps burst capture and 120fps video recording. 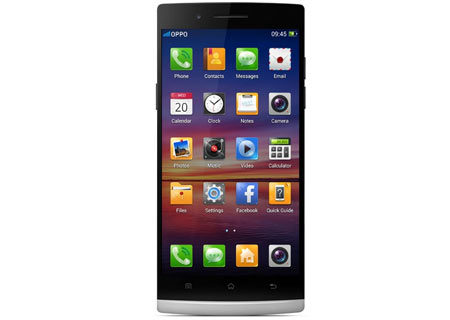 The news of the Oppo Find 5 gearing up for launch in India with a price tag of Rs. 27,445 and Rs. 31,259 for the 16GB and 32GB models, respectively, has surfaced through the Mobile Indian. BGR India highlights that with the device going on sale by the end of this month through Android Guruz, the probability of other high-end phones from Chinese manufacturers entering the country should intensity. 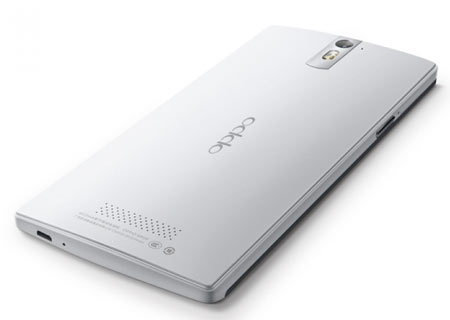