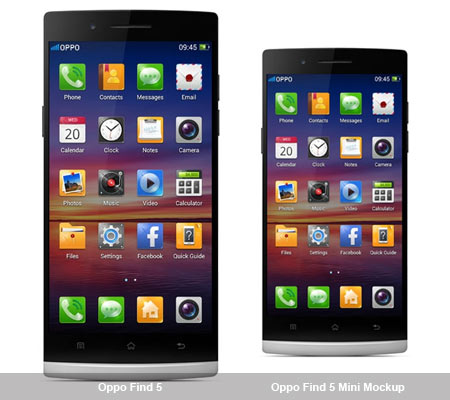 An Oppo Find 5 Mini is apparently in the works and for all the ‘small’ versions of smartphones we’ve been introduced to lately, this one’s moniker may not be as deceptive about its size. Unlike the petite variants of the Samsung Galaxy S4 and rumored HTC M4, this Oppo phone is said to actually show off modest proportions.

The Oppo Find 5 Mini has no surprises when it comes to the form factor, if the rumors are true. If buyers want a small smartphone, that’s exactly what they can expect to get with this one. Citing MyDrivers.com as the source of the news, GSMArena.com is noting that the phone might feature a 3.7-inch touchscreen with a 720p resolution. In contrast to that, its big brother has a 5-inch 1080 x 1920p display. 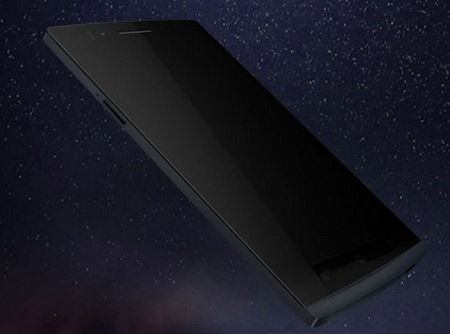 While some speculate that the same 1.5GHz quad core Qualcomm APQ8064 chip will be found in the Oppo Find 5 Mini, others report the likely presence of a 1.2GHz Mediatek CPU instead. So there’s a bit of contention over the processor which will be embedded at the heart of the device for now. Also, it’s been touted that an LCD IPS screen may be the display of choice since the handset could cater to the comparatively lower budget segment. 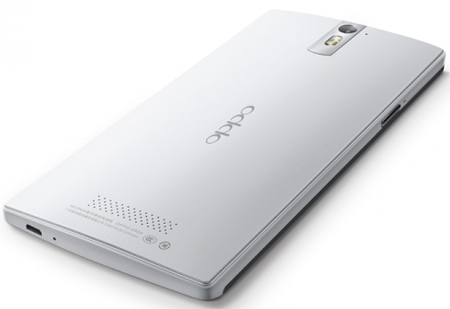 Apart from the size which is going to be the main differentiating factor between the Oppo Find 5 Mini and it’s bigger namesake, certain obvious cosmetic changes may also be on the cards. Potential buyers should be able to pick up the rumored device in three color choices of red, blue, green and yellow. Where are the black and white shades in which the current model is available? It’s possible that those two hues will also be on offer and 16GB as well as 32GB options too.

Since the Find 5 Mini hasn’t been made official yet, we were hardly expecting a price to crop up. But the post we’re referring to hints that it could be anything between €199 and €249. On the other hand, the 5-inch device is marked at €399 for its 16GB capacity version. Stateside, the 16GB and 32GB variants are pegged at $499 and $569, respectively.