The story of an Oppo Find 5 mini in the making was doing the rounds of the web less than a fortnight ago. Well, something that rarely happens has occurred. Oppo has gone out of its way to refute the rumor by mailing us regarding the same.

Possibly bent on making sure the news does not encourage false hopes in fans, the company has requested us to print a correction while asserting that it has no plans to launch an Oppo Find 5 mini. It was previously speculated that a smaller version of the Android smartphone would be released into the market.

MyDrivers.com even posted doctored images of the Oppo Find 5 reduced to its ‘mini’ self. It was made to look like the company would have red, blue, yellow and green colors options for the handset. Well, since every other manufacturer seems to be letting loose smaller versions of their most popular devices, a ‘leak’ such as this one was probably expected.

Samsung was happy to unleash the Galaxy S4 mini upon us all and we’re talking about a smartphone hosting a 4.3-inch screen here. Then there were headlines about an HTC One mini aka M4 which will supposedly flaunt a 4.3-inch display too. We just don’t get it – is this a case of phablet weariness? Maybe handsets that test the tolerance of our pockets’ ability to accommodate them aren’t so convenient to port around according to the majority of people? 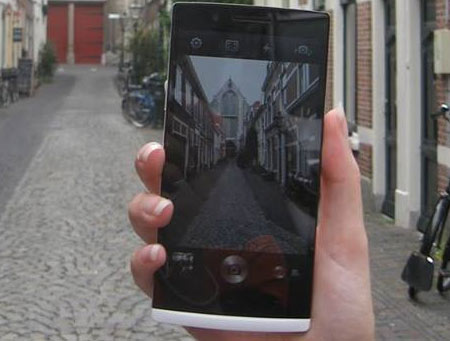 As for the Oppo Find 5 mini story, it also went on to wax eloquent about some of the anticipated features of the phone. A 3.7-inch IPS touchscreen of 720p resolution, a price marked between €199 and €249 as well as a quad core or 1.2GHz Mediatek CPU were in the ‘list of specifications.’ Its big brother which has actually crossed over from the plane of fiction to reality and reached the markets, is pegged at starting cost of €399 for Europe or Rs 27,445 for India.

If there’s any news on upcoming products, we’ll discover it on the company’s official website, Facebook page or Twitter account, assured the PRO who sent us the communiqué. So no Find 5 mini for now.