Oppo has tweeted via its official account that the Find 7 will have a 5.5-inch 2K touchscreen, that is, a display with a resolution of 2560 x 1440 pixels, thus confirming the rumors which have been doing the rounds of the web. Details pertaining to the handset’s price and availability continue to be kept under wraps.

Apart from this, the tweet by the @oppo handle discloses the pixel density of the device which will be 538ppi. The Find 7 claims to have a ‘feel of a 5-inch screen’ gadget. But this is all that the Chinese phone maker has revealed on Twitter. Considering that speculations regarding the panel are spot on, we can expect other conjectures to turn out to be true as well. 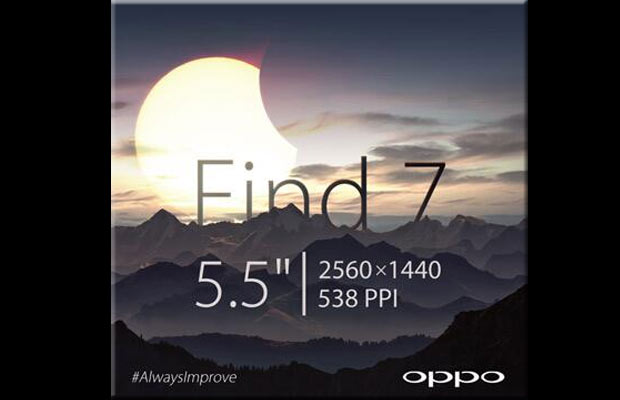 If the grapevine is to be believed, the Oppo Find 7 will be the proud owner of a 13MP primary snapper as well as a 5MP webcam. And you can expect a powerful quad core Qualcomm Snapdragon 805 processor to make it capable of supporting multiple applications at the same time.

Also, 3GB of RAM may be present within the confines of the gadget for assisting the chipset. A power pack with a capacity of 4000mAh could be integrated for keeping it charged up for a long time and it goes without saying that the smartphone will be compatible with 4G LTE network speeds. 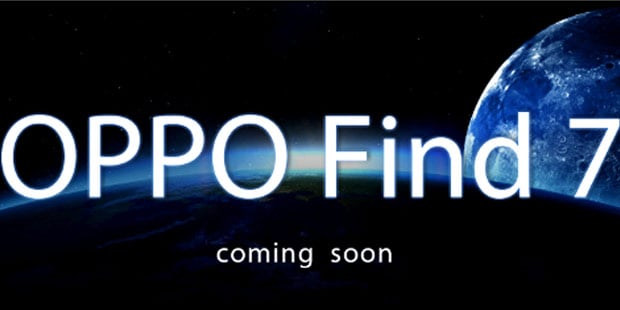 This is not the first time when the Oppo Find 7 has been teased officially via a social networking website, we came across it over 2 weeks ago as well on Weibo. Some concrete launch details will hopefully be revealed pretty soon.