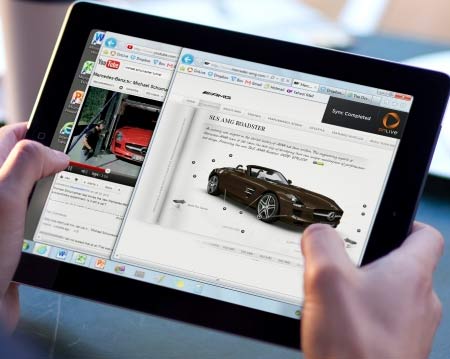 The iPad is now likely to be compatible with Adobe Flash Player through the OnLive Desktop Plus app. The original version of this application enables MS Office to work as seamlessly with the Apple slate as it would with on a Windows desktop.

According to the company, this app will enable users to appreciate Flash-based browsing at a faster speed as compared to other gadgets, irrespective of the local internet connection or computing capability. In addition to this, it is also said to reduce web browsing data usage. This is made possible because only the topmost layer of any visible website is sent over the local connection. The service will also support Acrobat PDF plug-ins.

“Experiencing a full Flash-enabled Web experience at gigabit speeds on iPad is nothing short of breathtaking, and OnLive Desktop Plus is your ticket to ride,” mentions Steve Perlman, OnLive Founder and CEO. “Combine that with OnLive Desktop’s full-featured Microsoft Office and Adobe Reader PC applications and not only do you have the world’s fastest mobile browser, but the world’s most powerful productivity tools literally at your fingertips.” 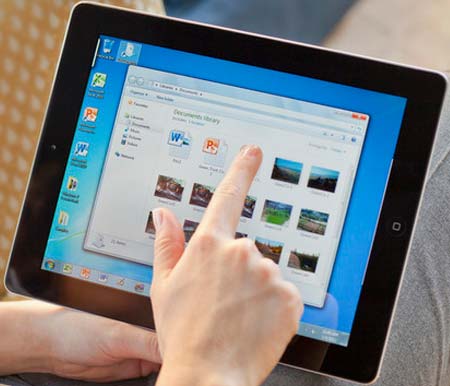 After releasing the aforementioned services for the iPad, plans to expand such functions to other devices like the Mac and PC as well as TVs, Android smartphones and tablets are also being expressed. While the OnLive Desktop app with MS Office support is currently available absolutely free of cost from the Apple App Store, the plus version will require users to pay monthly subscription charges.

The OnLive Desktop Plus price per month for the iPad is $4.99.