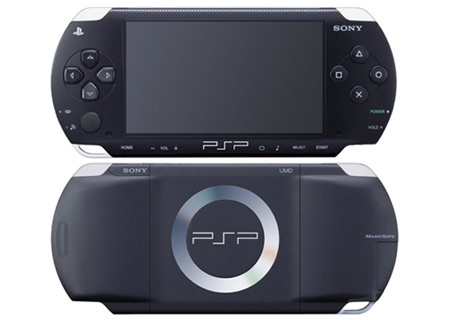 Come 2007, Sony has plans of launching an online video download service. This bit of news is in accordance with reports that have featured in both the Financial Times and The Wall Street Journal newspapers.

Sony’s online video downloads service has been developed by Sony Pictures Home Entertainment. This online PSP video download service will allow its users to download movies through a computer. Thereafter, these movies can be stored on a MemoryStick memory card, and can later be viewed on the Sony PlayStation Portable (PSP) handheld games devices.

Moreover, Sony is also working on a service that will allow one to download directly onto the Sony PSP handheld games device. This little snippet of news has been featured in The Wall Street Journal’s online edition.

Sony’s PSP was launched in the latter part of 2004, and in the beginning enjoyed strong sales. By the end of March 2005, shipments for the PSP had reached 3 million units and further jumped to over 14 million units from April 2005 onwards.

However, Sony PlayStation Portable sales began to drop, and things started going wrong for Sony, the manufactures of this handheld game device. This year, from April 2006 to March 2007, Sony expected its sales to drop to 12 million units, but this October, they revised the forecast to around 9 million units.

So the launch of an online PSP movie download service, if it proves to be successful, could just help in improving the sales of Sony’s PlayStation Portable handheld device. Since Sony does not offer a video version of its walkman music player, it cannot really compete with apple Computers on the video front. Thus, the launch of an online video download service would give Sony a chance to challenge Apple’s iTunes Online Store, which is an online site where iPod owners can download video clips, Television shows and some selected movies.

As of now, there is no word on the possible price for the use of Sony’s upcoming video download service.