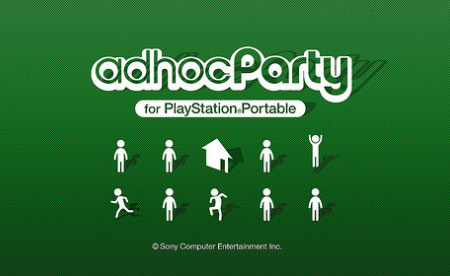 Here’s some exciting news for PSP owners situated in North America. The online service namely adhocParty for the portable console which launched in Japan last year finally makes its way to North America by Sony this month. This spells good news for all Monster Hunter game fans as they will be able to play the 4 player co-op of Monster Hunter Freedom Unite online through the PlayStation Network with their PS3.

“The PlayStation brand is synonymous with creating exciting new gameplay experiences that connect and challenge people in ways they never thought possible. AdhocParty for the PSP system creates an avenue for gamers to connect, strategize, and compete with each other – Gran Turismo is a great example of this. Polyphony Digital developed robust Ad Hoc features within the game, which are now even more accessible through adhocParty. We saw this as a tremendous opportunity to enhance the PSP system’s online gaming experience and bring the service to our North American consumers,” explained Scott A. Steinberg, vice president, product marketing, SCEA.

“The secret to Monster Hunter’s fantastic success on PSP around the world has been the social aspect of the game, which brings together players from all walks of life. AdhocParty for the PSP system will connect gamers to the content they love as well as to those who share the same passion for gaming. At last, Monster Hunter fans will be able to adventure together, regardless of where they are in North America,” commented Mark Beaumont, chief operating officer, North America and Europe, Capcom.

The adhocParty for the PSP enables gamers to play quite a few online multiplayer games which incorporate the Ad Hoc mode via the Internet through the PS3 console. Earlier PSP games with Ad Hoc mode could be played only within close proximity with each other. Now with the introduction of adhocParty, players who own a PSP and a PS3 can play each other through the PSN.

With this interoperability witnessed between the PS3 and PSP consoles, the feature ‘adhocParty for the PSP system’ gives gamers a new way of interacting with many other PlayStation players.