The Nokia Lumia 930 which was launched in April is slowing making its way to various markets across the globe and its arrival in India could be just around the corner. The new flagship Windows Phone device has surfaced on various online retailers in the country, sans any availability details or price.

Currently, Flipkart, InfiBeam and HomeShop18 have the Nokia Lumia 930 listed on their websites. What’s more, the company’s country-specific page also shows the smartphone has coming soon. When the device was officially unveiled a couple of months back, India was listed as amongst the first wave of markets, so we expect the phone to arrive by the end of this month or in early August. 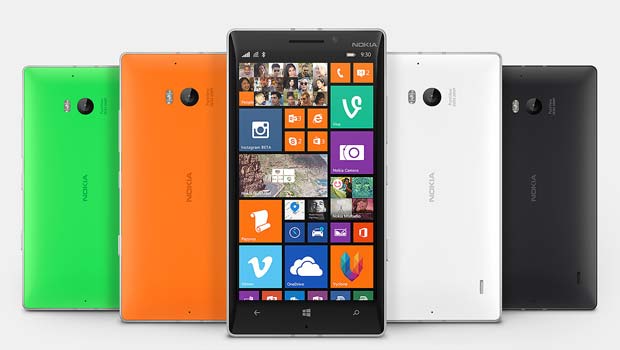 While there’s no specific price for India, Nokia did mention that the handset will sell for $599 sans taxes. So you can anticipate the phone to retail somewhere between Rs 45000 to Rs 50000 when it goes official. The phone is also scheduled to go on sale across Europe, the Middle East, Latin America and other locations in Asia.

The US, however, won’t be treated to this flagship considering that a variant of the phone has already been on sale since earlier this year as the Lumia Icon on Verizon. The smartphone can be considered as a compact version of the Lumia 1520 phablet. It offers similar hardware and is the second release in the series to come with Windows Phone 8.1.

We’ll keep you updated with new information on the Nokia Lumia 930 India launch, so stay tuned.