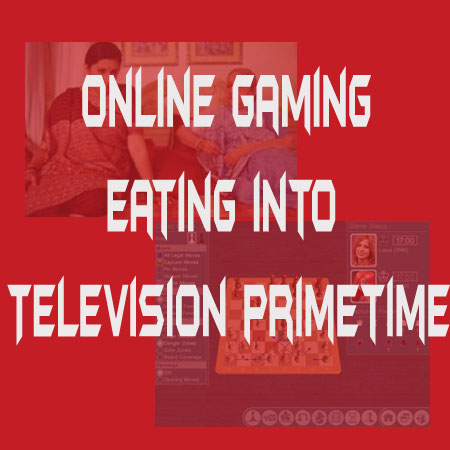 If you thought that online gaming is beating television primetime, then guess what you are absolutely correct!

A study conducted on over 10,000 paid subscribers of Indiagames’ Games on Demand (GoD) subscription service states that 2007 saw a significant rise in the amount of gaming taking place across various age groups and income brackets. The study reveals that whilst mobile gaming witnessed a drastic jump in numbers coming especially from the smaller towns and at lower price points, online gaming recorded hit the 3 million gamers mark. And of course, Microsoft’s Xbox 360 and Sony’s PS3 next-gen gaming consoles also drew immense excitement from the gaming community in India.

Vishal Gondal, CEO, Indiagames said, “The facts and observations from this study are quite exciting for everyone in the gaming industry. The year 2007 has been great and we believe 2008 would be much more exciting. We will definitely see more people budgeting gaming into their spending on entertainment.”

Adding, “The study is of interest to marketers across industries as more people are playing during prime time. Also 60% of the gamers are aged above 22 years with working professionals and business people comprising of 34% of gamers. The preachers of In-Game advertising have some thing to munch here.”

Below are a few statistical graphs and figures that throw light on the various revelations that the study opened:

Indiagames via its Games on Demand (GoD) subscription service has recorded around 10,000 paid subscribers. Last year, there was 279,81,060 minutes of gameplay with an average time spent of about 233 minutes per user per month and a peak usage of 981 users. 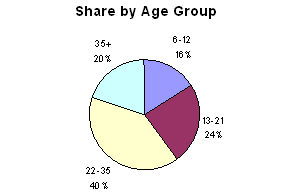 60% of the gamers are aged above 22 which shows that gaming is not only limited teenagers.

Whilst 50% of the gamers are from the North region of India, 25% come from the West followed by 20% from South. The Eastern region comprises of just 5%.

Interestingly women are also getting into the gaming sphere with 13% of the gamers being women and the rest males. 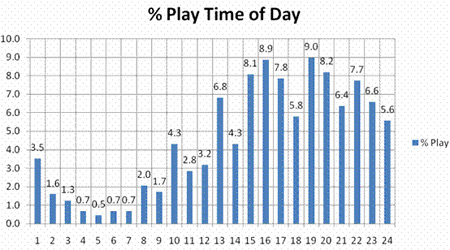 Maximum gaming takes place at 7 pm with the highest play being between 7 pm and 12 am. Least gaming is recorded at 5 am. 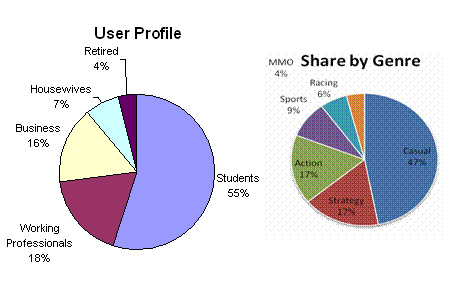 A whooping 47% of people enjoy Casual gaming, followed by Strategy & Action with 17% each. 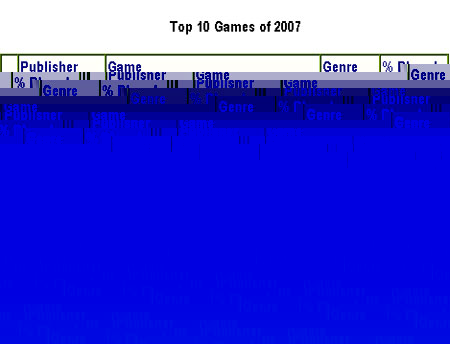 This surely reveals that a healthy blend of casual, strategy, action & sports games is being enjoyed by one and all.