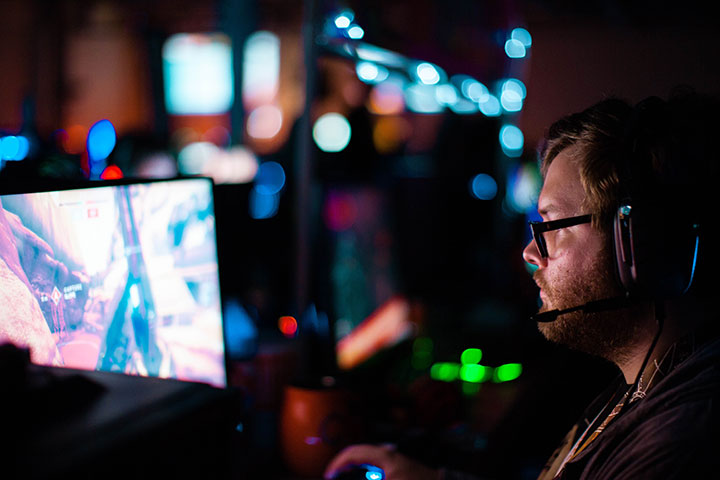 Entertainment has changed over the years, often due to the advancements made where technology is concerned, and technology has certainly come a long way. While there are still some traditional forms of entertainment around, most entertainment solutions are now based in the online world, with everyone seemingly happy to embrace online entertainment as both the present and the future. With so many online options in existence, there are some that stand out from the crowd, providing inspiration.

One of the first online entertainment solutions many people are inspired by is social media. Social media is a huge part of the daily lives of millions around the globe, but there’s more to platforms like Facebook, Instagram, and Twitter than meets the eye. They all now have live features where users can broadcast live to an audience. Facebook also provides users of their platform with the ability to play games, as well as stream themselves playing games too. Social media has fast become an all in one online entertainment solution.

Talking of streaming, in general, it is arguably the current number one entertainment solution in existence today. Streaming can be broken down into multiple parts, with different types of streaming providing different types of entertainment. There are music streaming platforms such as Spotify and iTunes, which have become extremely popular with those who want to listen to their favourite music on the go, or even at home. There’s also been the rise of streaming services such as Netflix too, allowing users to watch their favourite movies or binge watch TV shows whenever they like.

Video game streaming has also established itself as one of the most popular online entertainment solutions around too, with platforms such as Twitch and YouTube seeing millions tune in to watch their favourite streamers play video games live. Streamers such as Ninja have changed the face of video game streaming, making it a mainstream entertainment solution, with it going from strength to strength in the popularity stakes daily.

Apps are also a form of entertainment that many use daily too. There seems to be an app for everything, with gaming apps right through to online and mobile casino apps, showing exactly why millions of users download and install apps on a regular basis. These apps cover near enough every single aspect of our lives, from online casino apps like VegasRoyal and PUBG Mobile to getting a taxi with the Uber and shopping on Amazon. They’re just another way people look to entertain themselves or to be entertained in an era when online entertainment has taken over, with more still to come as technology continues to progress and evolve.

It would also be fair to include YouTube itself as one of the leading forms of online entertainment, with it remaining one of the most visited platforms online still to this day. YouTube videos now get more views than shows that are broadcast via television, showing the direction the entertainment industry is going in. YouTube also have their music, gaming and premium services too, showing that they’re continually moving forward.